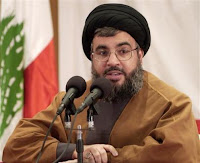 As if the Middle East isn’t blowing up as it is, we hear this week that the Syrians may have shipped a few SCUD missiles to their pals at Hezbollah Inc. This has the Israelis in a tizzy, the American’s “concerned,” the Jordanians worrying about war, the UN embarrassed, and Hezbollah, well--- they’re doing just fine.

Of course, the Syrians are denying all this, and state that Israel’s claims are unverified (actually, the claims are unverified, as far as the major news outlets know—Israel is yet to make any hard data public) and that Israel is really trying to set the context for an attack on Syria. Of course, Syria’s denials appear a little silly in light of the fact that a spokesman for Hezbollah excitedly noted that they were in possession of SCUDS --- and the fact that Syria apparently trained Hezbollah folks to use SCUDS late last year, but, yeah, sure, Jewish conspiracy seems more plausible, why not. (If only there was an emoticon for sarcasm)

At this point, we really don’t know much more about the situation that what news reports suggest—which currently is simply that the Israeli’s are making an accusation, and the Syians are denying.

However, what we do know is that if the Syrians did ship a few SCUDS into Lebanon, it might be a game changer. To date Hezbollah hasn’t had much to seriously threaten Israel with. Sure, they have their Katyusha rockets, but those rockets only have a range of about 20 miles, are not terribly accurate, and can’t handle a serious warhead. 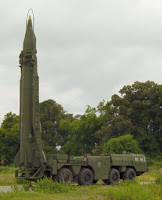 Certainly, a good ol’ fashioned SCUD is quite the contrast. At the moment, we don’t know which kind of SCUD Syria has supposedly shipped; however, one Israeli official suggested it was a SCUD-D, which is apparently highly accurate with a long range. Some reports even suggest that such a weapon would put the Israeli nuclear reactor at Dimona within range.

All of this begs the question… why?

Why would Syria want to ship these kinds of weapons to proxy? Why would they want to do it now, of all times, as the US is getting ready to nominate an Ambassador to Syria for the first time since 2005?

On the other hand, if Syria is being honest and hasn’t sent SCUDS to Hezbollah, why on YHWH’s green earth would the Israelis fabricate a story such as this?

Admittedly, the answers to these questions are still a bit hazy.

The Israelis (specifically, Israeli President Shimon Peres) accuse the Syrians of wanting to threaten Israel (i.e. we’re not talking “defensive” SCUDS, --- are we ever?).

The Syrians claim that the Israelis are fabricating a story because they want a pretext to attack Syria. (I’m not sure why Israel would need to set a context for such an attack, they seem pretty amenable to just attacking when they deem it necessary).

Keep an eye on this situation…. If we know anything about the actors involved, we could go from shouting to shooting at the drop of a hat (well, -- at the drop of a yarmulke or turban, in this case).
Posted by David at 8:48 AM

FP's take was that Israel could use the whole thing as context for launching an airstrike on Iran's nuclear facilities, i.e. they would suspect Iran of trying to defend Syria so they would limit help.