Metaphors We Live By 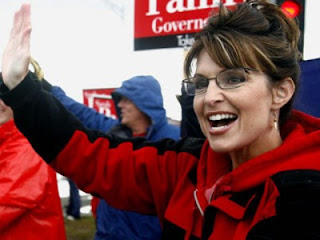 "You know, that's kind of like getting out there on the playground, a bunch of kids ready to fight, and one of the kids saying, 'Go ahead, punch me in the face, and I'm not going to retaliate. Go ahead, and do what you want to with me!'

This was Sarah Palin's response to a passage of the recently released Nuclear Posture Review wherein it states that the United States will no longer retaliate to Chemical and Biological weapons use on its soil with a nuclear weapon but instead with massive conventional force.

I was intrigued by the simple profundity of Mrs. Palin's retort so I decided to break it down and see how it correlates to the real world.

What do we know? There is a playground. The U.S. is a presumably a schoolboy and is taunting another schoolboy to attack him. The U.S. is the speaker. We also know that the speaker is a mockup of the NPR developer (by pretending to be within the NPR's confines) and we know specifically what Palin is mocking (inability to use nuclear weapons in response to a CBW attack) so we can assume that the speaker is making a deliberately empty taunt.

Why would the speaker do make a deliberately empty taunt? To show that without nuclear weapons there is no retaliation to CBW attacks; in other words, any response other than nuclear weapons would be silly and dangerous and that without a stated nuclear retaliation to CBW attacks we have no reasonable deterrent to CBWs. The punch (presumably a CBW attack) we assume would before have been retaliated with some kind of reaction but now receives no retaliation. What can we assume of Mrs. Palin from this? Not only does she believe that nuclear weapons are a plausible response to CBW (possibly equal in weight) but also that the now promised conventional weapons response is equal to no response at all. If CBW's equal a punch, then a conventional weapons attack on any scale equals nothing. 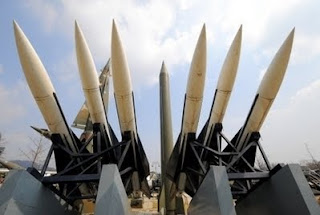 Yet the U.S. has the greatest conventional weapons capacity in the world. If another country can muster a punch (a CBW attack) then the U.S. certainly can muster a few scattered punches (tactical airstrikes), a stranglehold (invasion), a few strong punches to the face breaking a few bones (bombing military and information facilities), breaking an arm and a leg (destroying the opposition's military capabilities), and then throwing the playground perp to the ground and having the option to continue kicking him (pounding retreating military forces), help him up and heal (nation building), or just leave him (...yep). Take this analogy a step further: perhaps the playground perp would have mace and actually try to sneak up on the U.S. as no nation has the capability to directly strike the U.S. with any CBW's.

Any direct attack on the U.S. on the playground would be ludicrous as he holds the greatest playground arsenal: more than 1500 sticks of dynamite, thousands of pipe bombs, hundreds of thousands of steal pipes, baseball bats, brass knuckles, etc. How does the U.S. utilize all of this muscle? With the thousand arms of Avalokitesvara. For simplicities sake, let's just say the U.S. has some dynamite in a bandolier and a few guns to boot in his pockets. And also the biggest muscles. And sensational defense/information capabilities that would likely alert him to any CBW attack. How do we reword the analogy to fit reality? Go ahead, sneak up on me and mace me. My buddy so and so already told you were gonna do this and now i'm gonna take that mace away and hit you with a baseball bat, or shoot you in the leg, or just shove you to the ground, or simply handcuff you and make everyone stop sharing their candy with you. If it's deterrent that Palin is worried about, then our conventional power should be enough.

Anything wrong with my analysis or think I should change my analogies? Rework it for me; have some fun!

Posted by LtDansLegs at 2:40 PM

Well done. I'm surprised nobody has latched onto Palin's statements as anything other than an insult to our conventional forces, i.e. "the troops." Usually nobody gets away with that kind of insult.

Nuclear weapons aren't the only golden cow out there.

Also, see Slate's attempt to use childhood metaphors for other issues:

For example:
On universal health care

"You've got a tough math test coming up, so you tell your mom your head hurts and you need to stay home. But you don't get to skip classes and hook up with your boyfriend after hockey practice, because the school nurse comes to your house and spends the whole day taking your temperature and asking you trick questions. You end up having to lie in bed and study math, it costs the school so much money that they cut hockey, and then you find out you're pregnant!"

I saw the slate dealio, i think reading that made me go back and do this. Slate's were ridiculously precise at times or at least tried to work in the complexities of each situation--Palin's didn't account for any of it