B*tch, I Looooove You!

Just like Black Joe Lewis sings about committing domestic abuse as the result of his 'baby' speaking down about him and frivolously spending the money he gives her, there are those in the international arena who sing aloud the benefits of U.S. abuse on Hamid Karzai for wasting our money and calling us names. 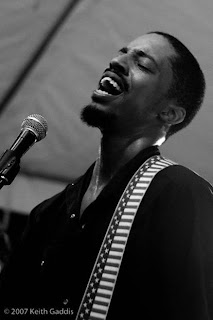 Karzai has long been noted for leading a corrupt government, something the Obama administration is railing on him to change. But all that shoving around and telling Karzai what to do might've just made him upset enough to start yelling about joining the Taliban or accusing former Ambassador Peter Galbraith of fixing last year's presidential elections (which Karzai won...twice). In response to this bad behavior Galbraith has accused Karzai of being a dope addict and called for a halt to the current Marjah/Kandahar operations and even pull out some of our troops. Bing West, in the New York Times, suggests we start cutting Karzai out of the information loop and start beefing up the military. West points to successfuly military government-cum-democracies in the Philippines and South Korea as models for Afghanistan.

Is all this slapping around what Karzai needs? The U.S. does need a better ally in control of Afghanistan but ousting him would delegitimize the Afghan government, give credence to accusations of a foreign occupation, and send momentum the way of the Taliban ultimately endangering our troops. Simply halting operations where they're at would be counter-productive and produce an America more concerned about image than results. Even the 'nuclear option' of threatening a dramatic troop pullout could result in a PR fiasco should Karzai call the U.S.' bluff. We wouldn't really pull out our troops just to let the Taliban fill the void and show Karzai we really 'mean it' about getting rid of that corruption would we? 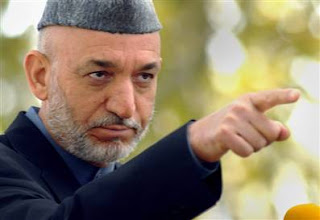 Should Karzai even be allowed to mouth off? Karzai could simply be trying to shore up support and legitimacy at home by stomping down his image as a Washington puppet. Yet if the relationship between Karzai and the U.S. appears to be out of concert it could be a show of instability to those already suspicious of politics in Kabul, something which could send Afghans closer to the Taliban. It's a delicate balance then that needs to be struck which allows Karzai to appear independent of the U.S. but still provides him with enough incentive to cooperate; little has been suggested that could properly ameliorate tensions and produce this balance. Yet the U.N. and the State Dept. call Karzai a good and respectable partner, perhaps the only thing that can be said to ensure any semblance of stability.

Still, the U.S. should do something to rein in Karzai's bizarre outbursts and flagrant corruption. Any perceived instability in our relationship with him is cause enough for some to doubt our ability to ensure a secure, operational, and honest Afghanistan. Little can be done without showing distrust toward our 'partner' but steps should be taken to create trust no matter how bitterly won. The NYTimes provides perhaps the most sound suggestion in flagging specific funds with pre-requisites which Karzai needs to meet before those funds are appropriated. The acknowledged difficulty would be flagging those funds which will affect the least of the populace. So perhaps the U.S. shouldn't go Black Joe Lewis on Hamid Karzai, but we should taking stronger action on how our money is spent so the next time we call Karzai a 'good partner' we mean it.

Posted by LtDansLegs at 6:11 PM