Strategic Planning – How Do We Make Decisions? 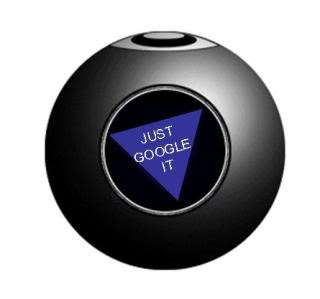 Every four years the Quadrennial Defense Review is drafted by the Department of Defense. In summary, this document not only assesses present and future threats and military planning to meet those challenges, it also sets forth this assessment within the context of a budget plan. At times the QDR emphasizes new priorities and reflects those priorities by budget re-allocations, such as cancelling programs to fund other initiatives.

Even so, there are cries that government spending on all things military is excessive. In the face of criticism, how should the government choose to fund the Department of Defense and its varied programs? Should leaders set a budget and then direct military leaders and planners to meet security threats within those means? Or should the results of threat assessment and strategic planning inform the budget?

While sometimes a chicken-and-egg type question, this question requires analysis and research more than Google can provide.

The debate between military leaders and elected officials has an extended history, and long before President Obama was elected there have been calls for spending reductions. Yet the finger is not to be pointed solely at the Secretary of Defense. Although drafting the QDR falls under the purview of the DoD, Congress ultimately decides what and how much funding to allocate to military spending.

Like any entity operating within a budget, there is only so much creativity that can be applied to cost-savings. While Dave Ramsey may be a good counselor for personal finance, the envelope system isn’t feasible for the US military. (Besides, there would be too many covert envelopes.) Eventually, if the budget is reduced, the scope of military programs must be as well. While this type of decision is unpopular, sometimes challenging decisions must be made if priorities are to be shifted. So one question to be asked of critics is this: Do you consider Defense spending and the security it provides to cost too much – or do you wish other national programs received more funding?

Calls for a 4% plan – where the Defense budget is pegged to a percentage of GDP – are on the table and advocated by General Mike Mullen. Although this approach establishes a framework for budgeting, it doesn’t speak to stewardship benchmarks or how spending should change depending on whether the US in a time of war or peace. In an era where large-scale conventional war seems less likely, and US peace-keeping and nation-building efforts are more prevalent, the DoD budget can and should vary in importance with other national priorities.

However, maintaining a strong readiness posture is an essential part of providing for US national security. Maybe Dave Ramsey’s emergency fund idea isn’t so bad after all.
Posted by arewethereyet? at 6:43 PM