The Future Really IS Unmanned 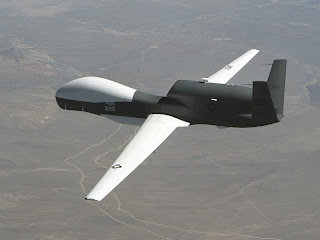 This semester we have read a lot about UAVs and their increasing importance. Well, UAVs just got a big boost from the Air Force. Thus far UAVs have been used for Intelligence, Surveillance, and Reconnaissance (ISR) and battlefield strike. The Air Force wants them to do even more in the future. The service is reevaluating and expanding the missions its MQ-X next generation UAV will be required to perform. Air Force officials are going to scrap the initial capabilities document drafted by Air Combat Command on the MQ-X and begin anew with a “broader group of stakeholders” involved in the process.

In addition to Air Combat Command, Air Force Materiel Command, Air Mobility Command, and Air Force Special Operations Command are going to give their input as to what they need out of a next generation UAV. Service officials want the MQ-X and all future UAVs to be able to carry and operate a variety of mission payloads in the same way a C-130 can today. New plans will focus on areas outside the traditional ISR and strike missions handled by the service's UAV fleet. Capabilities include close air support, combat search and rescue, airlift, force protection and operating in contested or denied airspace. Officials say that at a minimum, the aircraft must have protected communications and datalinks, the ability to survive in contested airspace, incorporate sense-and-avoid technology, and enough power generating and cargo capacity to allow it to carry a variety of sensors and weapons.

At a minimum, MQ-X is supposed to replace the service’s Reapers in the role of strike and ISR planes. But we already know UAVs are good at that. The Air Force is right on to realize that UAVs are going to be more and more important. The question is: why are they just getting serious about investigating UAV’s future capabilities now? It remains to be seen if the Air Force will fully embrace UAVs as the future of the service or if their leadership, made up of pilots, is going to be willing to give up on having pilots in the cockpit.
Posted by Dave and Rashelle at 11:16 AM

Freyr Energy was founded on the principles of making solar energy affordable and accessible for everyone.
Website:https://freyrenergy.com/

Thank you for sharing such an amazing write-up with us!
We are a full-service Solar systems installation and solar energy solutions company and help you with Solar System Installation for your home and business. top solar company in India

Thank you for sharing such an amazing write-up with us!
Kiran Infertility Centre – Chennai’ is one of the best IVF Treatment in Chennai providing world-class treatment options like IVF, ICSI, Oocyte Donation, Surrogacy and Oocyte/Embryo freezing. Fertility Treatment In Chennai

Bhagwan Mahaveer said...
This comment has been removed by the author.
4:26 AM

Bhagwan Mahaveer Viklang Sahayata Samiti (BMVSS) is the world's largest organisation rehabilitating over 1.78 million amputees and polio patients by fitting / providing artificial limbs (Jaipur Foot variety), calipers, and other aids and appliances, mostly in India and also in 27 countries across the world.
It has its headquarters at Jaipur, India. It is a pan-Indian organisation having 23 branches, spanning Srinagar to Chennai and Ahmedabad to Guwahati. Metropolitan cities such as Delhi, Mumbai, Chennai, Hyderabad, Bengaluru, Varanasi, Patna, etc also have limb fitment centres of BMVSS.
Apart from providing the widest possible range of services for the disabled, BMVSS is also focused on research and development, and tries to combine service with science.
Website: http://jaipurfoot.org

KSAC is one of the most trusted multi-specialty Ayurvedic hospitals in India. For over two decades, we provides 100% Evidence based Treatments for diseases, Naturally.
Best Ayurveda Clinic in Hyderabad

Welcome to Softcore Technologies, The Best Training Center for your requirement of Software Programming Courses, Computer Basics, MS Office, Accounting Courses like Tally, Tuition for all subjects starting from 10th Standard (SSC) up to Post Graduation like MBA.

Freyr Energy was founded on the principles of making solar energy affordable and accessible for everyone. In order to make adoption of solar energy a reality at the grass-root level, we have identified that consumer awareness, affordability and accessibility play an integral role. With our innovative platform, SunPro+, our extensive channel-partner network and our efficient service we ensure that these three factors are addressed to make sure your venture into solar energy is hassle-free.
Best solar company in Hyderabad

CloudBox99 offers you with the best hosting services and facilitates enterprises to transform digitally. We keep you covered in terms of all your IT requirements with unmatched expertise and deep domain knowledge. Reseller Hosting treatment in Hyderabad | Cloud Hosting treatment Hyderabad