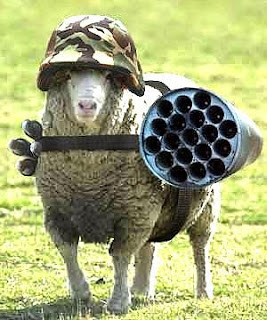 Even though the Taliban has advanced within 60 miles of Islamabad, Pakistani officials say their nuclear weapons are in “safe hands.” The Pakistani government has taken offensive action against the advancing Taliban using fighter jets to bomb Taliban targets. The government claims they are not acting under pressure from the United States but rather in the interest of their own national security.

Not only does the United States have to worry about the new movement of the Taliban, but this comes on top of the Pakistani government’s abdication of the SWAT region to the Taliban. Talibani control in Pakistan is of great concern to the United States because of its importance to the war in Afghanistan. The stability of Pakistan is a necessity for any success in Afghanistan. Since Obama authorized a 50% increase in troops, America needs to secure the western border of Pakistan to aid the troops fighting in Afghanistan.

The Pakistan government and President Zardari seem to be making the best out of the situation, though. Zardari has been quoted saying: "If Pakistan fails, if democracy fails, if the world doesn't help democracy, then any eventuality is a possibility." Zardari is calling for international assistance to aid the faltering economy. While he does not want to take orders from the United States, the country is willing to accept economic support from international donors.

No matter how the United States intends to approach this situation, it seems best to allow the Pakistani Army to defend itself against the Taliban. However, American should keep a watchful eye because of Pakistan’s strategic importance in the region and its possession of nuclear capability.
Posted by Athena at 1:35 AM

some of these posts make me really think that Sean has infiltrated our blog.