In response to Tuesday’s discussion about how allowing Iran to develop regional hegemony could be the “least bad” solution in the Middle East, I would like to raise an objection. 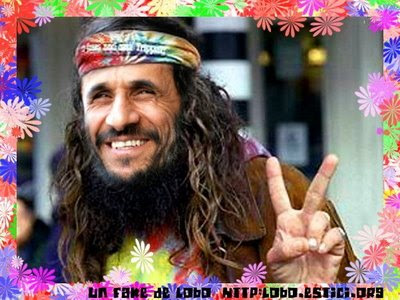 In spite of Iran’s desire for nuclear weapons, state sponsorship of terrorist groups, such as Hezbollah and Hamas, and denial of Israel’s right to exist, some peaceniks argue that the United States should simply back off and allow Iran to establish regional hegemony. The argument is that this would create a balance of power that is more conducive to peace. This argument rightly views American presence in the Middle East as a source of conflict, but also relies on the assumption of rational state actors and fails to take into account the powerful secular forces in Iraq that strongly oppose Iranian influence.

In the April 6, 2009, Newsweek, Larry Kaplow details the return of the exiled members of the Baath party. Recently, Prime Minister Maliki recognized the importance of allowing the former Baathists to return. The invasion of 2003 led top government employees, many with graduate educations, to flee the country. Now these technocrats may be needed to keep the gears of society running smoothly. Maliki is slowly embracing the return of Baathist members who could resume their roles as engineers, scientists, and utilities managers and perform other essential societal functions.

The Baath party may also resume the role of a powerful political force. Kaplow writes, “…the party’s whisky-drinking secularism is attractive to Iraqis tired of Islamist rule, and its emphasis on strong central government and opposition to Iran are gaining ground in a country plagued with feuds and intrusive neighbors.”

Iran’s perspective is well explained by Stratfor analyst George Friedman. “From the Iranian point of view, a fully neutral Iraq – with its neutrality guaranteed by Iranian influence – is the only acceptable outcome.”

So why shouldn’t we allow Iranian hegemony in the Middle East? If the Baathists continue to return to power positions in Iraq, a strong Iran could provoke violence between secularist forces in Iraq and the Islamic government in Iran. Even if the Baathists remain in the minority, they are among the most educated in Iraq, and would be powerful allies to any country that had an interest in preventing Iranian regional hegemony, such as Saudi Arabia.

If we give Iran the benefit of the doubt, and assume that they will not use nuclear weapons, they will cease sponsoring terrorism, and they will leave Israel alone, it is evident that a strong Iran could still be a source of conflict in the Middle East. Far from peace-promoting, this “least bad” solution easily has the potential to be a source of conflict.
Posted by Thomas Paine at 10:45 AM