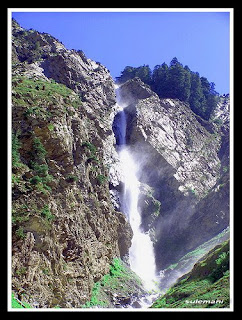 Afghanistan is not alone in its trouble with the Taliban. Pakistan is increasingly suffering more organized and forceful military action within its borders by Taliban groups (and not just in the Federally Administered Territories). The implications of these developments for the “War on Terror” are notably bad. Recently, the government of Pakistan engineered a political agreement with the Taliban in a troublesome province in an effort to mitigate violence and establish some semblance of peace. This agreement constituted a political concession by the Pakistani government wherein the Taliban is able to institute Islamic Law in the state of Swat (and presumably oversee its “legal” conduct and execution). The Pakistani government has stated that this type of political concession is part of a larger strategy to engage the Taliban groups and manipulate the fractures within their organization (a seemingly divide and conquer approach). Unfortunately, the foundation of this strategy and the darkening realities on the ground in Pakistan make the prospect of a “two-state failure” increasingly high.

To begin, one must wonder if an approach of appeasement can be translated into strategic success. To be fair, appeasement is an intelligent option to avoid confrontation (especially if your prospects for victory seem minute), but Pakistan has surrendered its sovereignty under this new arrangement. In effect, Pakistan has ceded control of an area well within its borders to an adversarial, insurgent force. Furthermore, popular support for the Taliban has been increasing, which immediately enhances the challenge to the obviously limited capabilities of the Pakistanis to “exploit” the fractures between Taliban groups.

Consequently, the fundamental concept underlying the stated Pakistani strategy becomes quite dubious. For instance, if Pakistan is unable to contain or control one area of concentrated instability, how could it possibly succeed in a complex, political, counterinsurgency operation? It would seem that this tactic (appeasement) – in this circumstance – will encourage, not discourage further insurgent actions and ambitions. This outcome would be or is undoubtedly disastrous.

Following this line of thought – fatally flawed strategy coupled with increasing Taliban power – there seems to be an ominous trend developing for political control and military success in both Afghanistan and Pakistan. The challenges of securing and developing Afghanistan are already massive. Yet, the potential of a destabilizing and increasingly lawless Pakistan is dreadful. Such a scenario would fundamentally alter ALL risk and capability assessment for the United States’ efforts in Afghanistan, and jeopardize the feasibility of remaining in the area under the same “mission.”
Posted by Slim Pickens at 12:49 PM