From Britain with Tanks 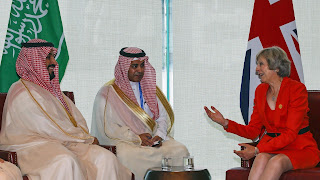 It is entirely possible that arms sales to Saudi Arabia will be made illegal in Great Britain. The argument for banning arms sales to Saudi Arabia is that they will be used to violate human rights, as this violates Britain’s armed export policies. Is it likely? Not if the current government has anything to say about it. And this failure to enforce one’s own domestic policies on the limiting of arms sales is why the Arms Trade Treaty was doomed from its inception.

The Arms Trade Treaty states that each signatory will take measures, pursuant to its national laws, to regulate brokering taking place within its jurisdiction, such as registration or brokering authorizations. It also suggests that member countries consider regulating brokers by establishing a system that requires registration and licensing of arms sales. The looseness of the agreement open it to violation or "wimpy" standards. Not only does the Arms Trade Treaty have to overcome the actions of a few rogue signatories, but the very guidelines of the agreement mean that a nation is only held to the standard of their own laws. As with the case with Great Britain, even when a country sets their own standards they are often unmet. For this reason, and others, the future of serious crackdown on the illegal arms trade is not very bright.
Posted by Quint Fabius at 11:57 AM 25 comments:

YOU ARE PAYING FOR WAR

As we all know, the arms industry depends on war to up its sales. We also know that these sales need supplementation when war is less prevalent at times. Lockheed Martin for example, makes up 86% of the United State’s Defense sales. But if we look to others, we see Russia, from Cold War times, China, France, Germany, the UK, there are billions of dollars accounted for in the defense industry. Most of the top exporters are utilizing private banks to draw in capital and invest or spend in the defense industry. Your shares, your savings, are being revitalized in the arms dealings of the world and out of either paranoia or common sense, you already know that it’s happening. In the past few years, Saudi Arabia, Israel, and Colombia, have seeked out weapons obtainment to beef up their arsenals, leading to a spike of sales. Barclays, a British bank, is one to be heavily invested in arms trading. With a portfolio aiding to the industry worth up to $8 billion. In recent years they have shyed away from these numbers due to the backlash of human rights violations attributed to such sales. The initial investments of private banks see more controversial publicity from its patrons because of these irreversible involvements in foreign wars. We could look to the sales of weapons to Saudi Arabia and see the accusations of the international community regarding such atrocities with the Yemen Civil War, for example. When the matter of socio-political advantages merge with the consumer oriented private banks, there is an imbalance of priorities mainly attributed to money. Money, money, money. This is seems to always be the outlying cause of both accusation and involvement. Is there leverage to these predicaments? Yes, because money is how the world still turns apparently in the world of politics. Hence, your need to supply these banks with money to, in the end, supply war. Is this ethical? Is this your role to the current international arena?
Posted by Maxwell Chesham at 11:27 AM 5 comments:

Please answer one of the following three questions:

Should We Trust Israel and Allies With Our Tech?


It certainly means the the US has to be more careful with sales, even to its allies. If there is a piece of tech we’re not willing to let China or other non-allies have, we should seriously reconsider how we distribute that tech to our allies.
Posted by Arathorn II son of Arador at 6:16 PM 2 comments: 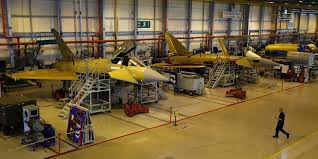 According to experts, for the defense industry to sustain itself it needs the pentagon’s budget to grow at an annual rate of 5%. This rate is necessary to sustain the prime vendors and it is unknown how the smaller ones will be affected. President Trump, via executive order , set up a task force which will seek to determine manufacturing capability and the supply-chain integrity of the American Defense Industry. The findings have yet to be made public. The group which conducted the report mentioned initially, the Aerospace Industries Association, will follow up their initial conclusions with a series of war games to estimate the surge capabilities of defense industries in a breakout war scenario. The predictions are grim.

All of this is coming on the heels of the the White House and House Republicans flirting with budget rescission.The lack of proper budgeting has forced the military to cancel training exercises and has hindered long term planning. It has also fostered the degradation of America's defense industry. The inability of Congress to pass a budget over the past several years has prevented the Pentagon's budget from meeting the needs of the defense industrial base. Given the public statements of the White House, the stability and security which came from this budget is called into question. And it is America's defense industrial base which will suffer for it. However, stability and security are overrated, and, in fact, it might be good to keep the defense industry on its toes. I can think of no higher cause than to save a buck or two. Besides, when has under preparedness at the beginning of a conflict ever been a problem anyway?
Posted by Quint Fabius at 4:45 PM 3 comments:

When international organizations come together to debate the impact of the cross-border trade of small arms, they often focus on regions of civil war and conflict in Africa and the Middle East.  That allows the US to keep the blame at arm’s reach, but domestic US arms dealers contribute significantly to criminal armed groups in Mexico and Central America.

In the four years from 2007 to 2011, Mexican authorities interdicted 68,000 guns that the ATF was able to source back to the US, and that only includes weapons that had serial numbers, not weapons assembled in Mexico from unmarked American parts.  The GAO has conducted studies in 2009, but the office needs more reliable data—data which it won’t be able to obtain, since most gun smugglers don’t report their activities to the US government.

At least the US has stopped the practice of “gun-walking,” where agencies identify smugglers, let them buy weapons and watch them cross the border in hopes of catching their connection in Mexico.  The US owes it to its neighbors not to let their police be outgunned by criminal gangs, and the US ought to act more forcefully, so the next UN debate doesn’t focus on us.
Posted by Carter Hall at 11:23 AM 3 comments: