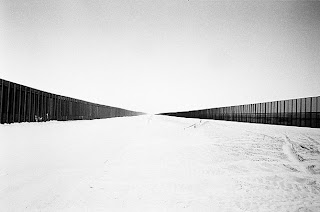 We joked in class about putting those infected with the Swine Flu in quarantine and possible concentration camps. While of course, a ‘final solution’ as such is unlikely, advocates for legal immigration are taking this swine flu outbreak as support for their argument. They’re saying that the administration should look at this problem and finally secure American borders.

However, there is a firm symbiotic relationship between Mexico and the United States. Those arguing against securing the borders discuss how America is now receiving the materials they would need in case there is a swine flu outbreak. Also, goods travel daily across the border including products made in Mexico that are headed back to the United States.

The Obama Administration is definitely faced with a problem. This comes on top of Obama’s recent visit with Mexican President Felipe Calderon who is complaining about the truck restrictions forced upon Mexican truckers. On a positive not, if Obama were to decided to completely secure the border, the illegal drug trade could be decreased.

While the Swine Flu is the current issue facing border questions about Mexico, the problems go much deeper. There is a fine line to be walked, with positives and negatives. With tighter border control, the United States may be able to avoid a swine flu outbreak, even though it seems it has already infiltrated our borders. And yes, the drug war will be inhibitied but closing the borders also inhibits the substantial trade between Mexico and America. That being said, President Obama has a lot to think about, but I don’t think his thoughts will lead him to calling for a completely closed America/Mexico border.
Posted by Athena at 2:16 PM