China and Russia have had a complicated arms trading relationship. One thing that has angered Russia in the past is China reverse engineering, basically copying, their combat aircrafts. One of the newest Chinese copy aircrafts is the J-11D. Even though the J11D is a copy of the Su-35, the Su-35 and the J11D have many differences. Even though the J11 is a good copy, it currently does not hold up to the Su-27. 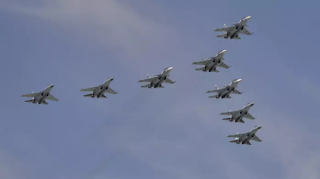 In 1996, Russia sold China a contract to make 200 Su-27s, another Russian aircraft. By 2003, China rejected Russian Su-27s in favor of their domestic variants. These domestic variants continued to be copies of Russian aircrafts. This, of course, angered the Russians and they called it a violation of their original contract. Legal issues aside, the creation of the J11 leads to the question of if it is actually better than the original Su-27.

Two of the latest models of each respective aircraft are the Su-35 and the J-11D.  The Su-35 is a huge improvement for the Russian military; it has an improved airframe as well as better motors.  The J-11D is good, and it shows that the Chinese are beginning to focus on more than just reverse engineering Russian aircrafts. However, compared to the Su-35 and other Russian aircrafts, they just are not as sophisticated. The J-11D does not maneuver as well as the Su-35 and has weaker avionics. While the Chinese may be catching up, they are not there yet.

Reverse engineering has long been a part of China’s weapon manufacturing industry. Therefore it should come as no surprise that coming out of that practice is difficult. As Chinese companies begin to become more innovative, their technology will improve. But for now, China has a long way to go before it can compete with more established air powers.
Posted by LaurelA at 4:59 PM