The Pentagon released its end-of-year progress report for 2016 on the F-35, and once again, the news isn’t very good. This is nothing new for the F-35, which has been bombarded by poor performance reviews, cost overruns, and directly subject to criticism by President-elect Donald Trump. On paper, the F-35 is supposed to complete its System Development and Demonstration (SDD) and begin its Initial Operational Test and Evaluation (IOT&E) by August, 2017. The Joint Strike Fighter (F-35) has been in SDD since 2001 and was expected to complete that process this year. That’s no longer going to happen. Instead, the report indicates the F-35 will not be able to start IOT&E with full combat capability until late CY18 or early CY19, at the soonest. 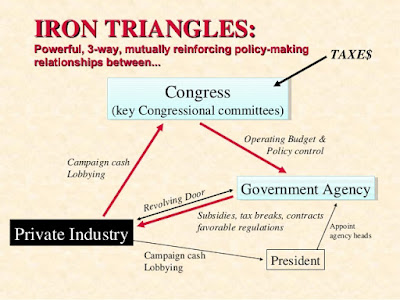 The F-35’s problems are at least partially the result of allowing Lockheed Martin to pursue concurrent flight design and active deployment. The idea behind concurrency was that Lockheed Martin could begin building an aircraft while still fine-tuning various aspects of its de
sign. In theory, applied to much simpler vehicles, it might have worked, especially if the F-35 had been modeled from an existing aircraft. For the F-35, concurrency has been a disaster. Right now, every single F-35 already built will need to be extensively overhauled to meet its minimum performance targets. All the while, Lockheed Martin rakes in the cash.

Despite the negative press, the F-35 is a “too big to fail” program, partly because of the military–industrial–congressional complex, aka the “Iron Triangle”. The F-35 funnels business to a global network of contractors that includes Northrop Grumman Corp. It counts 1,300 suppliers in 45 states supporting 133,000 jobs, according to Lockheed. The F-35 is an example of how large weapons programs can plow ahead amid questions about their strategic necessity and their failure to arrive on time and on budget.
This economic integration is just one aspect of the Iron Triangle. The defense industry is unique in that there is much more cooperation among companies than in other industries. Defense companies not only compete against one another, but also supply one another for projects. For example, Lockheed Martin competes against Northrop Grumman in the airborne surveillance market; however, the two companies are partners on the F-35 Joint Strike Fighter development program and have a joint venture to produce missiles for helicopters. Boeing as a supplier of combat aircraft, but Raytheon supplies the radar, Northrop Grumman the navigation and guidance systems, and BAE Systems some of the avionics that are used on these aircraft. This industry wide cooperation leads to a lack of competition, thus ensuring high prices for acquisitions. 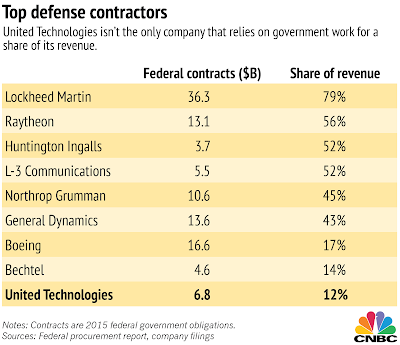 Another cause for concern with the Iron Triangle is “buy America” restrictions. Senator Chris Murphy (D–CT) filed an amendment to the 2016 National Defense Authorization Act (NDAA) that significantly expanded “buy America” restrictions. The Murphy amendment effectively expanded Buy America restrictions globally with only the narrowest of exemptions for “urgent” national security needs. There are a number of “buy American” provisions relating to defense spending. The Buy American Act requires the U.S. government to give preference to products made in the United States. Bulk purchases of more than $3,000 are subject to this act. The Berry Amendment specifically prevents the DoD from buying products such as clothing and textiles outside of the United States. The amendment is applied to purchases of at least $150,000.
From a national security perspective, there are reasons to closely consider who is selling a product or service to the DOD. The United States does not want to find itself relying on a potential adversary for a critical resource or capability. It is reasonable for the DOD to ensure that critical capabilities, resources, and technologies are not bought from adversaries or potential adversaries. However, countries that are U.S. allies pose no serious threat. Therefore, U.S. allies should be able to compete for DOD business without any hurdles. U.S. war-fighters and taxpayers will be best served by free and open competition that includes companies from allied countries. 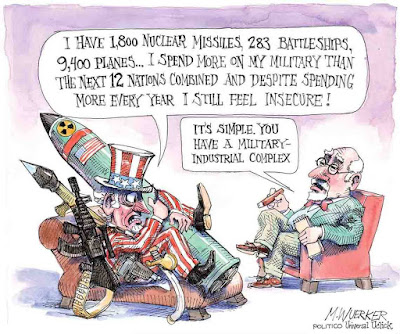 There are many reasons why “buy American” is bad policy. As previously state, the Berry Amendment, a law that dates from 1941, requires the U.S. military to buy food and clothing sold to the military to have been grown or made in the U.S. with few exceptions. This prohibition is important because Operations and Maintenance is one of the biggest spending categories of the defense budget. Operations and Maintenance includes spending on fuel, food, base and depot maintenance, training, recruiting, space control facilities, transportation, medical and other services. The Murphy amendment imposes enormous costs in time and money on war-fighters and taxpayers. This amendment is not frugal. The Murphy amendment also severely harms national security in that the military has difficulties and delays obtaining the supplies that it needs when operating overseas. This policy also sends a message of distrust to U.S. allies. When Congress passed the defense spending bill, Murphy praised the robust funding for Connecticut defense jobs, stating, “The security initiatives authorized in this bill solidify Connecticut’s role as a national leader in American defense,” clearly displaying the workings of the Iron Triangle.
In conclusion, there is too much cooperation and a lack of competition in the American defense industry to effectively lower prices. Also, “buy America” provisions do not save the taxpayer money and there is no national security reason to exclude companies in allied countries from competing for DOD contracts. Free and open competition among friendly countries will produce the best products for our military at the best prices. Therefore, to “make America strong again”, the answer isn’t simply to increase defense spending but rather to break the Iron Triangle.