Towards a new Afghan Model?

The Afghan military was dealt another blow last Friday when Taliban fighters killed more than 140 soldiers at Mazar-i-Sharif military base. This attack exemplifies the struggle for control and security challenges the Afghan government faces. It was one of the deadliest attacks on the Afghan army since 2001.

This attack represents an important ongoing struggle for the Afghan forces - can they perform without significant American support?

The tactics the Taliban used are also important to make note of. The fighters arrived in Ford Ranger trucks painted like army vehicles; they had army uniforms and convincing paperwork. After gaining entry to the base, they opened fire and a disastrous shoot out ensued. Last month, Taliban fighters dressed as medics entered a military hospital, killing dozens of patients of patients and staff. That begs the question: why isn’t the Afghan army taking stronger security precautions at military facilities? 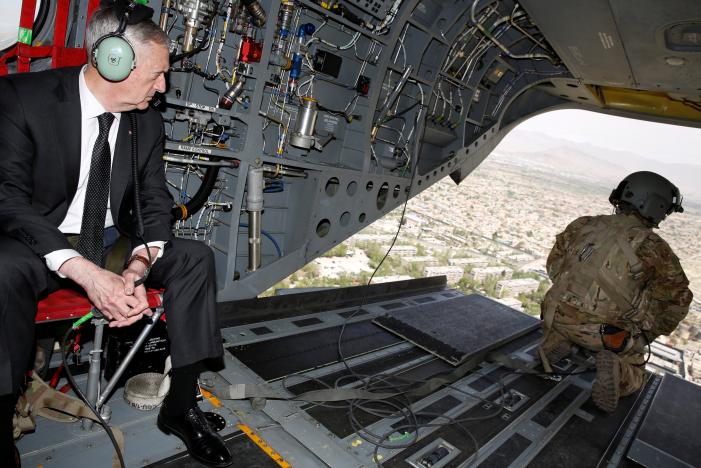 On Monday, Defense Secretary Mattis flew into Kabul right as Afghan Defense Minister Abdullah Habibi and Army Chief of Staff Qadam Shah Shahim turned in their resignations in the wake of the attack. The Afghan commanders want more US troops on the ground. But will that help? Unless the Afghan military are willing to actively learn from US forces and make a real effort to implement strategies on their own, they will never make progress. Though Secretary Mattis might be looking to build a new Afghan strategy, perhaps that is not what the Afghan military need. A lot of their problems are internal, such as “a lack of commitment from recruits, exacerbated by terrible conditions, corruption from the officer class and poor air support.”

The Afghan model, i.e. training local troops to fight the Taliban with the support of US precision air strikes, worked well in the early 2000s, but there is not the same measure of political support for such a strategy now. US public opinion is also at play here. The public don’t want to see more boots on the ground in Afghanistan, or even an enhanced presence in the country.

Afghanistan continues to be a very challenging situation for US foreign policy. The President needs to prioritize, as he also faces a serious problem with North Korea and a domestic crisis of legitimacy. If a bigger military presence in Afghanistan is necessary, it needs to be part of a broader strategy that encourages the government forces to become less reliant on US forces.
Posted by Scotty457 at 1:22 PM