A World at War

The multi-billion dollar business of the international conventional arms trade involves virtually every country in the world. Every day around the globe, people’s lives are being irrevocably changed by the use of guns, tanks, and missiles. The International Arms Trade, by Rachel Stohl and Suzette Grillot, explores the complexities and realities of the global conventional weapons trade. In particular, the authors assess the role of the largest arms exporters and importers, the business of selling conventional arms around the world, and shed new light on the illicit arms trade and the shadowy dealers who profit from this deadly commerce. Curiously, the book does not investigate the proliferation of unconventional weapons, nuclear weapons in particular, which have the potential to be far more destabilizing and destructive. 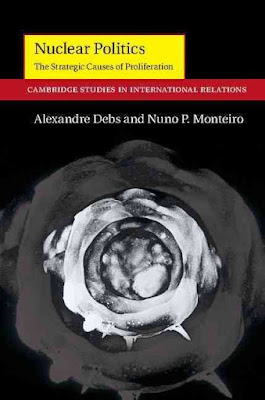 Why do states acquire nuclear weapons? Debs and Monteiro show in Nuclear Politics that proliferation is driven by security concerns. Proliferation occurs only when a state has both the willingness and opportunity to build the bomb. A state has the willingness to nuclearize when it faces a serious security threat without the support of a reliable ally. It has the opportunity when its conventional forces or allied protection are sufficient to deter preventive attacks. This theory explains why so few countries have developed nuclear weapons. Protected states do not want them; weak and unprotected ones cannot get them. Which brings us to North Korea. Perhaps frustrated from domestic gridlock, the DPRK’s nuclear weapons program has become a target of the Trump administration. The DPRK’s nuclear weapons development follows this theory. China, having agreed to sanctions, is an unreliable ally. The US, with its preemptive strikes in Iraq and Libya, poses a serious security threat in the eyes of DPRK leadership. The US has previously been unwilling to act militarily because a DPRK conventional assault in retaliation on Seoul would devastate South Korea and potentially kill millions of people. And while the Chinese have not been great allies to the North, they would likely not tolerate a US led invasion of North Korea. The DPRK then is at the sweet spot for acquiring Nuclear Weapons. The US defense establishment seems to think that the North having nuclear weapons is unacceptable. This position stems from the perceived irrationality of the Kim regime and the bellicose rhetoric spouted from the DPRK.
Since 1945, most strategic thinking about nuclear weapons has focused on deterrence: using nuclear threats to prevent attacks against the nation’s territory and interests. But an often overlooked question is whether nuclear threats can also coerce adversaries to relinquish possessions or change their behavior. Can nuclear weapons be used to blackmail other countries? The prevailing wisdom is that nuclear weapons are useful for coercion, but Nuclear Weapons and Coercive Diplomacy, by Todd Sechser and Matthew Fuhrmann, shows that this view is wrong. Nuclear weapons are useful for deterrence and self-defense only, not for coercion. The authors evaluate the role of nuclear weapons in several foreign policy contexts and present a trove of quantitative and historical evidence that nuclear weapons do not help countries achieve better results in coercive diplomacy. The evidence is clear: the benefits of possessing nuclear weapons are almost exclusively defensive, not offensive. 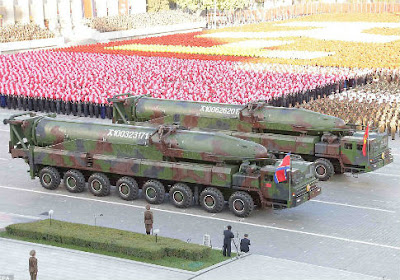 With this defensive principle in mind, let’s look at the Kim regime’s signaled intentions. In May of 2016, North Korean leader Kim Jong-un announced that Pyongyang sought to normalize relations with states hostile towards it. Kim also claimed the North would never attack first. While addressing the Congress of the ruling Workers’ Party (WPK), Kim stated that North Korea would not resort to the use of nuclear weapons unless the country’s sovereignty was challenged. Pyongyang “will improve and normalize the relations with those countries which respect the sovereignty of the DPRK and are friendly towards it, though they had been hostile toward it in the past,” official North Korean KCNA news agency quoted Kim as saying. “As a responsible nuclear weapons state, our Republic will not use a nuclear weapon unless its sovereignty is encroached upon by any aggressive hostile forces with nukes,” the statement said, as quoted by Reuters. North Korea’s leader, who has been the target of UN criticism for its relentless development of nuclear weapons over the past years, indicated that the country may abandon its war-mongering rhetoric, while promising that it “will faithfully fulfill its obligation for non-proliferation and strive for global denuclearization.” The UN has sanctioned North Korea over its nuclear weapons program. However, the new round of sanctions didn’t deter the North’s leadership from escalating the already tense situation on the peninsula. In response to joint US-South Korean military drills, which lasted from March 7 to April 30, the North fired two short-range ballistic missiles into the East Sea. Kim had said ahead of the military exercises in which more than 300,000 South Korean and some 15,000 American participated, that if attacked, the North would resort to “a preemptive and offensive nuclear strike” against the allies. Now a year later, does this situation seem familiar?
What has changed this year is the position of the Trump administration to use force if necessary. As previously stated, the main issue with the defense establishment is Pyongyang’s rationality or lack thereof. For sure, North Korea is the most isolated and belligerent nation to acquire the bomb. But the DPRK leadership is not irrational nor suicidal. The Kim regime has only its own selfish interests at heart. The North is often big on bark with little to no bite. What should truly worry us is a North Korean intelligence failure, a misjudgment, or a military incident that escalates out of control. A concern that the United States may initiate a preemptive Israeli-like strike on its C4ISR systems and nuclear facilities would be a rational basis for retaliation. A U.S.-South Korean combined invasion would be a rational cause for nuclear retaliation. 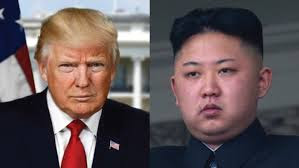 Hopefully, the Trump administration’s jingoistic rhetoric is just a ploy to convince the Chinese to put more pressure on the North; China has notoriously lax enforcement measures for sanctions. But there are problems with this coercive diplomacy. For one, it is unclear how much influence China truly has over the North Korean leadership. And while Thomas Schelling would approve, the administration is playing a deadly game of chicken. The challenge for Washington then is to reduce these risks of escalation. It could start by accepting what it cannot change: Kim Jong-Un’s regime is going to keep the bomb. The DPRK sees it as a crutch for survival. While strengthening its defense commitment to South Korea, the U.S. should attempt to normalize relations with the North to better assure open lines of communication so as to prevent any event from starting a nuclear war.
The entire U.S. Senate has been invited to the White House for a briefing on Wednesday about the North Korea situation. Secretary of State Rex Tillerson, Secretary of Defense Jim Mattis, Chairman of the Joint Chiefs of Staff Gen. Joseph Dunford and Director of National Intelligence Dan Coats will brief the lawmakers. It is rare for the entire Senate to be invited to such a briefing. Could this meeting be a first step in a request for a use of force, like the Israeli preemptive strike against Iran or the U.S. preemptive war against Iraq? Let’s hope not and let’s hope cooler heads prevail. Otherwise we should all prepare for a world at war.
Posted by Pat's Ex at 7:38 PM