Can we talk about how we’re just glossing over the fact that we’re kind of close to nuclear war? What a time to be alive! Or not. Alive. Who knows. Last week was insane. This week has followed suit. Russian Prime Minister, Dimitri Medvedev, said that the U.S. air strikes on Syria brought the U.S. to “the brink of combat clashes with Russia.” 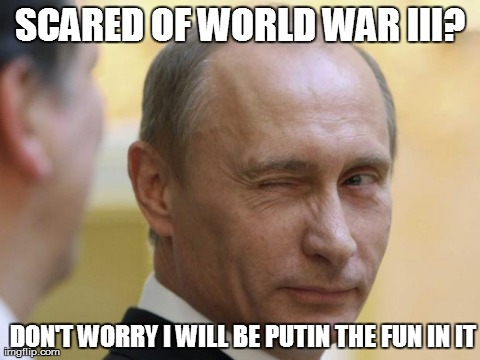 Surely not! You mean President Trump has accepted that a positive relationship with Russia is never going to work? The mind reels. Surely President Trump knows that Syria is Russia’s war? Surely he would understand the consequences of airstrikes on a base that we know likely had Russian advisers? Surely? He is, after all, the most powerful, important person in the world.

Syria is not our only problem right now, though. Air strikes on Syria sent a very strong message to other foes, namely North Korea. Fears that the North Koreans might stage another nuclear test this weekend prompted the U.S. to move an aircraft strike group towards the Korean peninsula. This is already a “big” weekend for the North Koreans as they celebrate the 105th anniversary of the their founding father. Kim Jung-un has been prone to “explosive” celebrations of this anniversary.

So what do the North Koreans think about the aggressive U.S. response to Syria and the bomb dropped on Afghanistan? In the words of national security expert Dr. Robert Farley, “it’s really hard to say.” I don’t know. North Korea’s news agency KCNA said that the country would counteract U.S. action in “a merciless manner as not to allow the aggressors to survive.” Whether or not that rhetoric actually means anything is unclear. Last week I argued that we shouldn’t be immediately concerned with North Korea; now I’m not so sure. 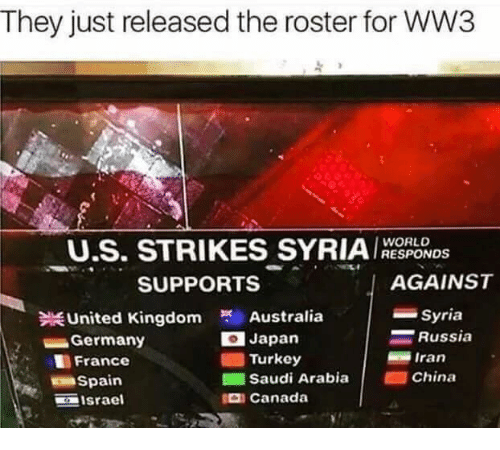 China is urging both sides to dial down their rhetoric and stop threatening each other before this literally goes nuclear. Talking is good. Not talking is okay too. Earlier today I held a discussion about Cold War detente with freshman level students. Maybe we could use some of that idealism today. One thing’s for sure; if all powers involved don’t cool off a little bit, we might step over the brink.

EXPOSE THE CONSPIRACY! GOD AND THE DEVIL ARE BACKWARDS!! DON'T LET GUILT-FEELINGS, FEAR AND OTHER KINDS OF EMOTIONAL MANIPULATION RULE YOUR CHOICES IN LIFE!!