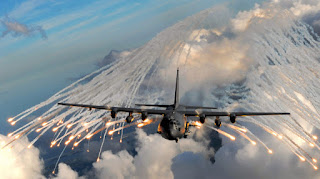 The Pentagon announced on Thursday that it extended the powers given to the US military to carry out strikes in Somalia against the insurgents al –shabab. As a result, these strikes are expected to grow in number and should be more aggressive. In fact, President Trump “signed a directive on Wednesday giving the U.S. military authorization to conduct offensive counterterrorism airstrikes in Somalia targeting al-Shabab, an al-Qaeda-affiliated terrorist group.” Trump
The idea behind this new directive is give more autonomy to US forces in conducting more airstrikes operations and without having to invoke the self-defense argument as it used to be in the past. According to ABC,” Until now, the U.S. military had only been able to conduct airstrikes against al-Shabab fighters in self-defense situations when African Union or Somali government troops accompanied by American advisers were under attack.”
According the Pentagon’s spokesperson, the president has approved a Department of Defense proposal to provide additional precision fires in support of African Union Mission in Somalia (AMISOM) and Somali security forces operations to defeat al-Shabab in Somalia. AMISOM is the regional peacekeeping mission in Somalia operated by the African Union, a continental bloc, with the approval of the United Nations. The authority is consistent with our approach of developing capable Somali security forces and supporting regional partners in their efforts to combat al-Shabab.”
“Somali governmental forces and AMISOM forces have already achieved significant success in recapturing territory from al-Shabab. This US additional support is critical in the sense that it would put more pressure on the insurgents and reduce the risk to the coalition when operations are taking place. The Operations are also intended to deny al-Shabab safe havens from which it could be harmful to the U.S. interests.” 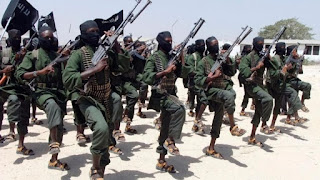 Even though the directive lays out some restrictions on counter-terrorism air strikes with the aim that would prevent civilian casualties and increase effectiveness, many people are skeptical about this new directive and its collateral damages. In 2016, the US conducted many airstrikes and the damages were disastrous. Data compiled by a British NGO show that the strikes caused the death of at least 200 civilians. Besides, others argue that the airstrikes will lead to “the radicalization of a much more segments of the population that are already somewhat polarized by al-Shabab.” Somalis are experiencing a worse drought, which causes the issue of famine and many diseases such as cholera and malaria. The United Nations said that Somalia is experiencing its worst humanitarian crisis.
In one way or another, the new directive is welcome because it gives a greater autonomy to AFRICOM to conduct more drone strikes freely without having to refer back to washing and in the same to ensure the security and the safety of the civilian population.
Posted by Unknown at 6:16 PM