Who knew passing a defense budget could be so complicated!

President Trump's first hundred days have been, well...interesting. We have seen a litany of challenges that stem from outright judicial challenges to executive orders, to Mike Flynn's mysterious connections to Russia, to failing to fully repeal Obama Care. The list goes on. But, essentially, the lesson President Trump is learning is that being the leader of the free world is, actually, work. It's a big boy job.


But what about running the military? How does that work? Well, on the campaign trail (I know, campaign promises don't matter), President Trump promised to revamp the US military. But President Trump seemed to get a little confused on the campaign trail (shocker, right?), equating fighting power with simply more troops. This fails to acknowledge that technology advances since the 1940s means that we can do more, with less. 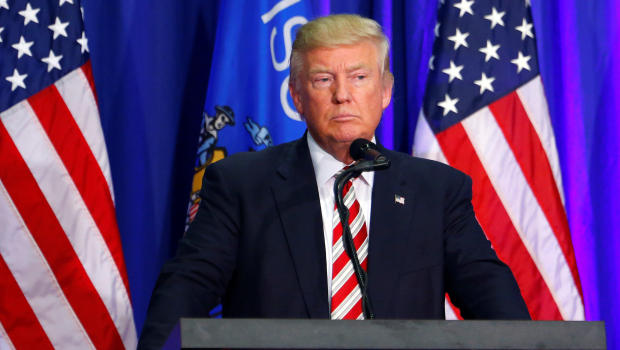 Perhaps most questionable was that President Trump promised to "build a military that's much stronger than it is now. It's gonna be so strong, nobody's gonna mess with us. But you know what, we can do it for a lot less."


Hmm. That makes sense. The problem is that Congress isn’t buying President Trump’s $84bn defense spending increase. Military officials are starting to question the President, and Congress, arguing that without more funding, the navy won’t be able to deploy three ships set to go to the Middle East and Europe later this year. You can’t make the military great again without the funds. Surely as a businessman, the President knows that?


Well, it’s not all bad, because at the end of the day, the President can simply deflect to the huge successes in Syria and Afghanistan. I guess the military did an okay job on that one -- “what I do is I authorize my military. We have the greatest military in the world and they’re doing their job as usual.”

President Trump is running into the same issues with the defense industry as he did with health care, and as he will with a litany of other issues. Just because there is a different person in the oval office, doesn’t mean that Washington D.C. will change. The defense industry is still the same. The budget politics that have existed for the past ten years are still the same. Trump’s current budget is above the level mandated by the budget caps, but under what defense industry officials think is necessary to combat national security threats and empower the military. To get this budget passed will require the President to play the game in DC, which he campaigned fervently against. But then again, what do campaign promises matter.
Posted by Scotty457 at 12:29 AM