The Red Baron and EBO

The other day was the anniversary of the death of Baron Manfred Von Richthofen, better known as the Red Baron. Unlike the History Channel, I do not get wrapped up in romanticizing enemies. I thought it was worth addressing this in conjunction with how the Libya situation is hopefully de-romanticizing the mythical revolution in military affairs, specifically that our country cannot merely rely on airpower as a strategy.

The revolution of military affairs led military strategists to rely on “effects based operations” (EBO) that assumed that precision guided attacks focused on centers of gravity would allow us to force the enemy to do our bidding. This assumed that technological innovation would lift the fog of war by providing a clear picture of the enemy situation. In short, EBO is enticing to the Air Force because of an overwhelming reliance on mathematical analytics…changing warfare from a “an art to a science.” This article is the best I’ve seen that captures the issues with EBO.

The Libya situation makes clear some of the issues with EBO. Namely, strategists and campaigners cannot assume that they know how their actions will “affect” the enemy. Early in fight, when it became clear that the “No Fly Zone” was a little bit more, Qaddafi’s forces began shedding uniforms, using civilian vehicles, and hiding among the population. These actions likely forecast what future enemy forces will do in the face of an American assault, and should accentuate the concept that we must fight for intelligence and develop the situation while in contact with the enemy. The Army seems to have grasped this, as seen in their Army Capstone Concept, in the wake of works like this one by old Army Officers.

The biggest hope should be that we learn the right lessons from this conflict. Hopefully from an ending that involves a Qaddafi-less Libya. Specifically…this war will not have been won by airpower. 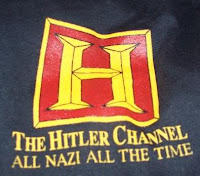 It will require aggressive and thrifty maneuvers on the part of the rebels, with secure lines of logistics, and an iron will in urban combat. Given Defense Secretary Gates’ recent remarks at the United States Military Academy at West Point, we should worry that our strategists will attempt (like the Kosovo example) to twist this into a victory for EBO-enthusiasts. Kind of like how historians made The Red Baron into more than just another enemy shot out of the sky. Better him than any more of ours.
Posted by Marshal Davout at 7:04 PM