Prevailing in Current Wars or Preparing for Future Conflicts – Can we do both? 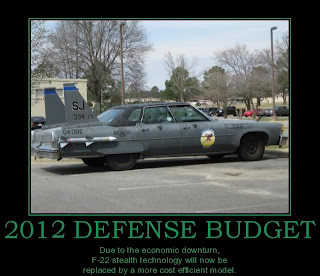 In light of our recent “near-miss” of a government shutdown with its resulting $38 billion in budget cuts, I thought it would be appropriate to reevaluate the DOD’s Fiscal Budget proposal.

Focusing on how the Defense Department evaluated the budgets needed to 1) sustain its capabilities for current conflicts and 2) those needed for future wars, paints a clear picture that the department is focused on keeping its “head above water” with current engagements and fails to fully prepare for future wars. Understandably, the department is forced to prioritize and allocate funds where it can, but the numbers are interesting.

A mere $58 billion are intended for modernization for future conflicts, not including the enormous $35 billion going to the aerial refueling contract. Of the $58 billion, the department is finally allocating $25 billion to a much-needed robust shipbuilding program.

$20 billion is planned for current war efforts and a separate but staggering $117 billion to support troops engaged in Overseas Contingency Operations (OCO) primarily in Afghanistan and Iraq. This prioritization clearly indicates the department is focused on troop support and prevailing in current conflicts. And it must be - fighting wars are costly. Nevertheless, it is troubling that our Defense Department is not comfortable enough to draft a fiscal budget that can both support troops engaged in operations and adequately modernize our defenses to maintain its preeminent status into the next decade.

Of the $117 billion, it is interesting that in order to support our troops $10.1 billion is set aside alone for counter-IED efforts. This is almost as much as what is budgeted for missile defense; more than what is planned for the F-35 Joint Strike Fighter (JSF) acquisition plan; $8 billion more than what is being planned for nuclear modernization; the same amount intended to be used for rotary-wing aircraft modernization and more than the combined funding set aside for Unmanned Aerial Systems (UAS), cyber capabilities, the Chemical and Biological Defense Program, counternarcotics and efforts to train and equip partner nations to conduct counterterrorism operations.

It is almost as if the Department of Defense felt uneasy in its proposal due to cutting funding for certain projects and postponing others pending “successful development.” Thus, in order to justify these cuts to its services and show Congress other aggressive steps to present a sound budget, the department developed its political strategy to implement additional efficiencies and other changes, which add up to $78 billion in top line reduction from the fiscal 2011 budget plan. These savings were achieved through DoD-wide personnel changes, including holding the civilian workforce at or below fiscal 2010 levels and a two-year freeze on civilian salaries, a reduction in the number of contractors, and a cut in both flag and general officer billets and the number of civilian senior executives.

This again seems to draw questions as to why the department is able to make such “significant administrative cuts”, but then fails to appropriate adequate funds to sustain its second principal objective of “Balancing America’s defense posture, between capabilities to prevail in current wars and preparing for future conflicts.”
Posted by SemperGumbi at 9:43 PM