You're not gonna reach my telephone 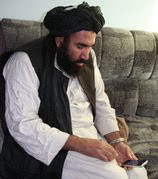 The Playstation Network has been down for almost a week now because hackers have penetrated the system and have potentially stolen a bunch of private information.

It truly is. It has allowed the world to be connected in ways unimaginable just decades ago. Today, cell phones are popular in places like Afghanistan, where they often serve as the main form of communication for the population. So don’t think for an instant that the Taliban and other insurgents haven’t attempted to exploit such technologies in their efforts against ‘the infidels’.

The proliferation of cheap, instantaneous technologies is both a blessing and a curse to counterinsurgents. Text messages on temporary phones or using disposable SIM cards can convey death threats, or, just as concerning, messages containing plans of a militant operation.

Of course, if hackers can find a way into the Playstation network, the U.S. government can exploit enemy usage of modern information and communication technologies. Undisciplined use of this technology by insurgents can lead the enemy right into our hands. This possibility has led Taliban fighters to order cell phone towers to shut down at night so that NATO forces can’t use signals to track them.

In certain instances, however, tracking such communications is nearly impossible, especially if the senders are careful and take the necessary precautions. Hell, the U.S. government is even teaching democratic dissidents in certain countries how to protect their identities when sending messages across the Internet or with their cell phones. And it doesn’t even take sophisticated measures to overcome detection. As mentioned above, using temporary phones or black-marketed SIM cards allow the users to remain anonymous. It just requires a little ingenuity.

As one of our classmates would say, the enemy also has a voice in what happens in a war. If one side develops a technology or method, it can be expected that the other will respond. So as insurgents begin to use modern communications technologies, the counterinsurgent may develop means to exploit that usage, which lead the insurgents to find ways around that exploitation. It is interesting to watch the progression of move-and-countermove by the opposing sides.