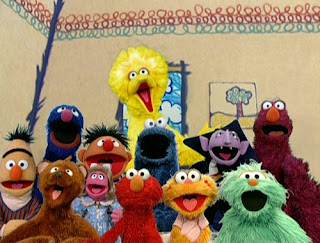 The Marines, Army, Air Force and Navy have all played integral roles in U.S. counterinsurgency operations. Now, the U.S. is unleashing its latest COIN force: the Muppets.

According to TIME Magazine, the U.S. Agency for International Development (U.S. AID) has allocated $20 million for the production of a Pakistani version of Sesame Street, intended to air on Pakistan national TV and regional Urdu language channels. While Elmo will make an appearance, the show will focus on a six-year-old puppet named Rami, who will explore the streets of a traditional Pakistani village.

As on the American Sesame Street, the Pakistani version will teach children lessons on literacy, numeracy and healthy eating. However, the show also plans to address local political issues in what the show’s writers call “a gradual journey.” In addition to touching on “what little girls have to go through in [Pakistan’s] gender-biased society,” the program will eventually deal with militancy in Pakistan, possibly including “a gentle treatment” of how children are affected by terrorism and how they can cope with their fear.

The Muppets are used to doing heavy lifting abroad. Between 1983 and 2007, Israel aired five incarnations of Rechov Sumsum, a Sesame Street adaptation featuring an Arab-Israeli Muslim Muppet that discusses religious divisions. South Africa’s Takalani Sesame has tackled post-apartheid issues using Bert and Ernie, who respectively speak with black and white South African accents but maintain a strong friendship. More recently, the HIV-positive Muppet Kami was added to teach kids and their families about the importance of accepting people with AIDS and seeking treatment if needed. Even schools in Afghanistan tested a series of videos that included an Islamic version of Grover in 2004.

As furry and funny educational warriors, the Muppets might be the best troops available for the job. According to World Bank data, approximately 7.3 million Pakistani children between 5 and 9 years old aren’t currently enrolled in school – the third-lowest attendance rate in the world. Through televised Sesame Street episodes and a series of related live shows planned for areas with lower TV ownership, children can learn basic reading and math skills that they might otherwise not encounter in a state where roughly half of the population is illiterate. Since girls in particular are frequently denied the benefits of education, seeing a Muppet girl from their own culture who loves reading and learning may encourage kids to believe that girls really can belong in a classroom.

There are benefits that transcend education, of course. Many of the U.S. TV shows currently aired abroad, from Tom & Jerry cartoons to WWE matches, contain elements of violence that can affect impressionable kids and perpetuate stereotypes of American cultural depravity. An alternative like Sesame Street teaches children to value communication and cooperation over violence, and shows both kids and parents a much more positive set of American values.

While the impact on kids is more of a long-term investment, the effect on parents is intended to be more immediate. The U.S. Army/Marine Corps Counterinsurgency Field Manual notes that, “When women support COIN efforts, families support COIN efforts.” If women watching Sesame Street along with their kids approve of the show’s educational and cultural content, they’ll not only let them continue watching, but may learn right along with them, and might even view U.S. culture with slightly less suspicion.

However, Miss Piggy and friends inevitably bring some baggage along when they travel. Although Pakistan’s Sesame Street will be filled mainly with new “regionally appropriate” puppets, visits from the original cast can cause some interesting cultural dilemmas. In preparing an Afghani version of the show, creators struggled with whether female Muppets should wear headscarves or burqas, whether Bert and Ernie needed beards, and whether the audience would accept women in positions of authority over men, like shopkeeper Maria in the U.S. version. Some of these issues may be relevant for the Pakistani version, too.

There’s also concern that parents might not let their kids tune in at all. The show’s development is currently funded by donors from states like Sweden and the Netherlands in addition to U.S. groups, and local educators and writers will ultimately determine the content. Since Sesame Street is a U.S. concept, though, suspicious parents may classify it more as U.S. propaganda and another example of Western imperialism rather than an educational show. If Pakistanis are upset by inclusion of Western values and views on subjects like militancy, they may be more likely to distrust efforts by other actors like Greg Mortenson, whose school-building and education programs are more strictly academic.

Still, a Muppet with a book is a more desirable teacher than a cat with a mallet or an insurgent with a weapon. At the very least, it’s far more huggable.

Posted by FiveMoreMinutes at 12:09 PM