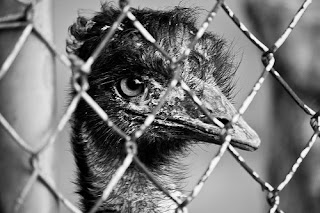 Defense statecraft is about the application of force to achieve national goals. This year we've learned about the different tools used to apply said force, namely the different branches of the military, the weapons they use, and the standard procedures that they operate by. We haven't, however, talked about the role of military justice as an unconventional tool of defense statecraft. Let's.

Remember Jonathan Pollard? Dude was caught spying for the Israelis in 1985 and has been in prison ever since. During his time in the big house, Pollard has become a low-level celebrity, with multiple politicians in the United States and Israel lobbying for his release. As a matter of fact, Pollard recently wrote a letter to President Obama that was hand-delivered by Shimon Peres, President of Israel. In the letter, Pollard hints that his release would be a boon for U.S./Israeli relations:

"My release in time to celebrate Passover at home in Israel with my beloved wife would be a welcome gesture of friendship to the Israeli people, an act of solidarity with a staunch and long-time ally of the United States, and a deeply compassionate and humane gift of life to my wife and me."

How about Bradley Manning? Wikileaks source extraordinaire has yet to be found guilty for his long list of federal crimes. In the meantime, he is serving a prison sentence that some equate to prolonged, low-grade torture. In this recently shot video, President Obama brushes off someone's comparison of Manning to Daniel Ellsberg, the man responsible for leaking the Pentagon Papers to the New York Times in the 1970s.

In conclusion,the way that the United States treats prisoners convicted of treason is interesting. As is customary in my blogposts, here are my finishing questions that are more or less rhetorical: How does the continued incarceration of Pollard really affect relations with Israel? Does treating Manning like crap work to dissuade other countries from sending spies to the U.S.? Assuming Manning is found guilty after his trial, will his conditions improve, worsen, or stay the same?
Posted by Inigo Montoya at 6:12 PM