Where have all the Cowboys of Good Governance Gone? 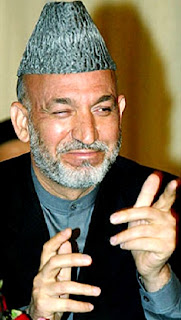 Just below I referenced the Pentagon's recently published report on Afghanistan. Admittedly I focused on an incredibly small portion concerning Karzai's government. The document is lengthy at 152 pages but covers a cornucopia of subjects: regional actors, security, governance, counter-narcotics, strategy, etc. I talked in my last post a little about progress cited in this report so I'll elaborate on that here:

On government corruption: The oversight, internal and international support is there. There are good legal and institutional reforms in place or awaiting implementation, but what is ultimately lacking is political will. More specifically, there are 32 specific anti-corruption commitments developed by the Afghan Government to be accomplished between February 28, 2010 and the end of the year. Thirteen of those measures were to be signed into effect by Karzai no later than Feb. 28 but as of March only one of two presidential decrees has been signed. Stressed several times is political will which simply isn't there.

There's a lot of other stuff going on here too. U.S. civilians in the country has tripled since early 2009; this increase is seen largely as a positive taking a lot of weight off the military in leading diplomatic efforts. The Afghan National Army and Police are looked very highly upon--only 1% view them as a source of instability--while the insurgency is increasingly viewed as the major destabilizing force in the country. There's a detailed description of NATO and U.S. COIN directives in Key Terrain and Area of Interest Districts starting on pg. 26 (no I won't out line everything for you).

Overall things do look positive. 2009 was a tough year, apparently the insurgency declared it their best year, but security and public perception are dramatically improving in 2010. We can look forward to Karzai tripping to Washington in early May and to a peace Jirga scheduled for sometime in May which looks to kick off Karzai's Reconciliation and Reintegration program.

Another thing of note: India's only participation in Afghanistan comes in the form of aid and aid workers. Pakistan ensures that India does little else but things could be changing. Just yesterday India and Pakistan made a move toward normalization quite unexpectedly after India discovered it had a spy in its Pakistani embassy. India taking a bigger role in Afghanistan might contribute much, but it will be telling because it means that Pakistan (and presumably India) has taken the security focus away from its borders and will focus on internal stabilization. A lot of Afghanistan's woes can be traced to insurgents moving back and forth through the AFPAK border and Pakistan's own instability. A greater internal focus from Pakistan would be greatly welcomed.

And one last thing, what I've said below about Karzai still stands. While not explicitly stated this report makes pretty clear that a lot of things are going pretty well despite his lack of 'political will.' If this trend continues till mid to late 2011 when Obama wants to start handing security over then Karzai can expect to oversee very little of what the military does. I suspect the military will remain under some kind of international control or strong guidance in lieu of a handoff.

Posted by LtDansLegs at 1:54 PM

After the war all the people in Afganistan hate the american solder and they will do anything to get them out of their country.