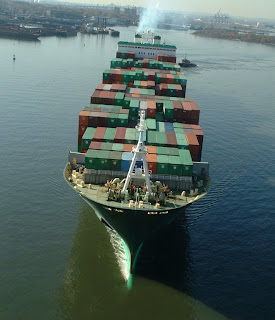 A New York Times article on Monday identified a Russian company that has developed and is marketing a new missile system that can be contained and deployed from a shipping container. Not only do these specs create intrigue about the technology and size of the system, the article indicates they are cause for alarm both because of their destructive potential - and the customers that might be interested in them.

Historically, Russia has negotiated arms deals with Iran, among other less-than-friendly states. While the United States is concerned with progressing Iranian nuclear technology, this missile system gives cause for greater alarm due to the greater likelihood of procurement. When asked who might be potential clients for the missile system, Russian defense expert Mikhail Barabanov articulated, "anyone who likes the idea." The relatively compact, self-contained missile system can give any entity, whether countries or non-state actors an asymmetric advantage against larger military platforms, whether stationary bases or mobile ships.

One upside to this discussion is the historical tendency for the Russian government to nationalize private companies. The strength of the state and the security this missile system offers gives Medvedev and Putin the ability to take the afternoon off without concern.

With the potential to sell and ship such a compact missile system anywhere in the world, largely without notice, we should consider not only the role of the US defense industry, but the newfound power of Russian companies and their contribution to the defense statecraft of other nations.
Posted by arewethereyet? at 2:00 PM