Sparks in the tinder box 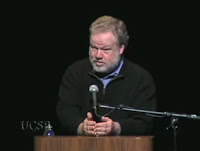 Over the past several weeks I have written several times about the situation in Iraq. Specifically, I recently wrote that the elections in Iraq were not necessarily a bad thing--- and were nothing to fear (no need for Prozac—says I!). I have also written that Nuri al-Maliki, while chameleon-like, is a politician (and that his politician-ness is a good thing). In these posts, I explicitly and implicitly suggested that Tom Ricks was being overly pessimistic about Iraq’s future, and that things may be a little rosier than he thinks.

My writing about these topics has revealed one irrefutable truth: I know nothing about Iraq—Tom Ricks does.

In the time since I wrote with a horribly naïve (bordering on stupidity) optimism, we’ve seen an election come and go (and produce no winner!), a Prime Minister act like a wannabe dictator (also see this), bombings rip apart embassies (not to mention humans), bombings rip apart apartments (not to mention—humans-- again), a nut job cleric hold his own election, and this morning--- two U.S. soldiers were killed in combat related violence (haven’t seen that in a while).

So what do we make of all of this?

Not Ricks. He suggested that the election was going to bring profound instability, and that US policy should be to do everything we can to hold the country together--- lest we see the country implode (saying “explode” is too obvious). He also suggested that the current administration would not be keen on keeping combat troops in Iraq no matter how bad things got.
Yeah, he knows what he’s talking about.