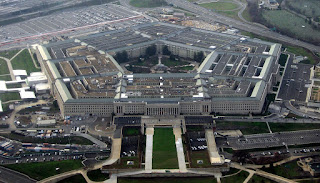 The Goldwater–Nichols Reorganization Act of 1986 is a bill that helped reshape the Department of Defense and its infrastructure in an attempt to increase national security with a more organized foundation. After the failings of Operation Eagle Claw and Urgent, the Act sought to fix, “the inability of the military services to operate effectively together as a joint team.” Fury Now, more than 30 years later, Congress has looked to reform and modernize the Act. One of the big struggles is that the current structural problems are not has clearly seen as they were in the 80s. Things like military chain of command and responsibilities were laid out to help increase the flow of the everyday military actions of the Pentagon. Congress is seeking to increase “strategic integration”. Representative Mac Thornberry alluded to reforms needing to, “become more trans-regional, multidomain, and multi-functional, which compels Congress to build on this legislation.”  Many have also debated that the lines drawn for civilian control over the military have are blurred.  Policymakers are not so intertwined with the Pentagon as they could be. They should create a more integral road of decision-making for legislation. Others have also looked at this “strategic integration” has something that has not truly seen the results that it originally intended to provide. With billions of dollars flowing into the Department of Defense annually, why have military strategies and policies seen such lackluster performance. Although the largest and most funded military in the world does see tactical modernization, the sight of future reforms could improve the Pentagon’s “war-gaming” capabilities if further lined with the policy making process. The many suggestions and changes that the Goldwater-Nichols Act first provided did not do a great job as to how exactly these changes would play out, which is another cause to call for a reform. Consolidations were suggested but the many Command Centers do not integrate as well as they should.