One-way trip to Syria? What does it pay? 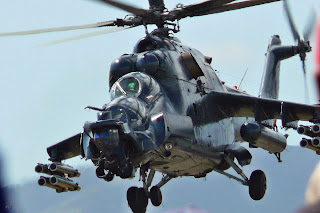 We have all read the reports. Russia has accomplished its mission in Syria and is withdrawing its military from the conflict. Never mind the fact that there has been no decrease in Russian sorties being flown in theater. In fact, all signs instead point to increases in close air support platforms (attack helicopters), that take on more of a ground support role. Well, even if they aren’t pulling out, at least we aren’t seeing Russian boots on the ground…. Right? Well, Russian President Vladimir Putin has acknowledged four Russian troops who have, thus far, died in the conflict.  Sure, but those were just advisors… Right? Officially, Russia has stated that its only ground troops are merely advising and assisting President Assad’s soldiers.
That being said, a few stories like that of Aleksandr Prokhorenko have surfaced of late: Russian troops doing some serious fighting against rebels throughout Syria. Additionally, ISIS claims to have killed an additional five Russians last week (not acknowledged as of yet by Putin).  So who are these Russians if not Russian military? They are members of a vast ring of Private Military Firms (PMFs) contracted to fight with Assad’s soldiers in Syria. We know that they are there, but why?

The answer is threefold: 1) it allows the Russian government the ability to deny Russian ground operations are ongoing, 2) these PMFs are generally less expensive than deploying and supporting state military, and 3) they are willing to go on a one-way trip for next to nothing because they can’t find work anywhere else in Mother Russia. First up, deniability. Putin knows he doesn’t have to acknowledge these freelancers.  He can come out and say that there are no Russian ground troops in Palmyra because, well, there aren’t. It’s a nice option to have: help out our buddy while claiming we are withdrawing. One article goes so far as to state that the supposed success of the air campaign has been overblown and that thousands of mercenary raids are largely responsible for the high effectiveness of the operation. The ability to deny these operations allows Russia to play with the story as it is presented to the world.


In terms of support, the state does not have the same covenant with a mercenary that it does with its loyal volunteer or conscript. One of the much debated topics in the defense industry is the mercenary and its inherent lack of loyalty to the state. That road goes both ways. The only guarantee from the state is the paycheck. You can get more for less when you use a PMF. It’s not nearly as tragic to your constituents when ten mercenaries die assaulting an objective than it is when ten soldiers die. Such is the way of the world.


Though PMFs are on the decline in Russia, a generation after the fall of the Soviet Union, there remain a population of former Soviet troops that are particularly well suited for warfare. So why will they travel half way around the world to fight someone else’s war with little in the way of assurance that they will be adequately supported? They don’t necessarily have the job options back home to turn down work wherever it should appear. Your typical Russian contractor in Syria is making about $4,000 a month. That’s not getting you rich, but I’m sure your family lives pretty well in much of Russia and Eastern Europe on that salary.


The bottom line is that Russia isn’t going anywhere. PMFs will continue to be used to supplement the air campaign, which has already shifted to more ground support oriented operations. These PMFs provide the ability of the Russians to wage war on a budget while minimizing Russian military risk and providing plausible deniability to the government.
Posted by mpm86 at 1:52 PM