Making America Great Again With a Larger Force: Why Presidential Candidates are Calling the Military Weak

Making America Great Again with A Larger Force: Why Presidential Candidates are Calling the Military Weak
The 2016 Presidential race has had many spectacular and quote worthy moments. At this stage, the Republican Party nominee pool has shrunk to three candidates: Donald Trump, Senator Cruz and Governor Kasich. Defense and national security has been a hot topic, with issues such as ISIS and border security as some of the main issues. Front-runner Donald Trump has most consistently described the U.S. armed forces as “a disaster,” “very weak” and steadily “being decimated.” The question arises as to why Mr. Trump and many others in the party continue to exclaim to the public that the US military forces are weak. 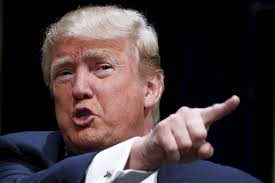 In their view, candidates lament Obama’s neglecting of military forces by both his use of the military and the ever-increasing military budget cuts that are facing the military. Fears that military budget cuts create ill preparedness is seen in Governor Chris Christie’s comment: “The military is not ready. …We need to rebuild our military, and this president has let it diminish to a point where tinpot dictators like the mullahs in Iran are taking our Navy ships.” These fears are not valid because the majority of Americans still believe that the US military is superior to any other national military. Additionally, US defense spending of $710 billion a year trumps the military budgets of the next 7 countries combined, with the closest being China at $143 billion. 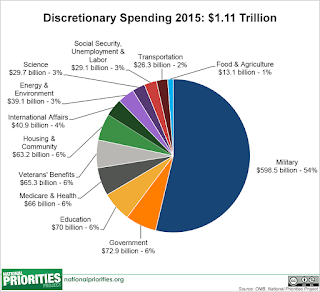 Despite budget cuts and decreasing size of the military, shifting foreign policy goals and exiting the wars of Afghanistan and Iraq naturally decreases the size of the standing military. Ever-improving military technologies and our reliance on new innovations decreases the need for large standing militaries. Candidates are valid in their fear of the hazards of ISIS and international terrorism, but increasing the size of the military would be unnecessary to face those international. Additionally, calling the American military forces weak is unjust to the technological advancements the United States has over every other national military. Presidential candidate’s fears of non-state actors is understandable, but using discouraging language is unfair to current military advancements that call for a smaller standing force. Sources: Military Times; Foreign Policy; National Priorities.org.