The Next Round of NATO Enlargement

The situation in Ukraine and Crimea has, unsurprisingly, brought the issue of NATO enlargement to the fore once again. Georgia, a victim of Russian aggression in 2008, is agitating for a fast track to membership. Key political figures in Sweden and Finland have mentioned seriously reconsidering their policies of non-alignment. U.S. Congress members are pushing for Macedonia[i] to join the Alliance. At the same time, some pundits and analysts (and Russian President Vladimir Putin) have put forth the case that the entire crisis in Ukraine is in fact a direct result of previous Alliance enlargements and Russian fears of encirclement. The implication is that NATO must offer Russia a guarantee of some kind, that it is done integrating new members and will never menace Russia’s imperial ambitions. This is ludicrous.

It is certainly true that Russia has always hated NATO’s “Open Door” policy, but the idea that it rightly fears for its own security is specious. NATO in no way directly threatens the territory or security of Russia. The 2010 Strategic Concept explicitly states, “The Alliance does not consider any country [Russia] to be its adversary” (although it does follow this up with “no one should doubt NATO’s resolve if the security of any of its members were to be threatened”). Admittedly, the U.S. and Western Europe built NATO to counter and contain the Communist east. But when the Cold War ended and the Soviet Union vanished, so too did this goal. NATO focuses now on ensuring stability through collective defense, crisis management, and cooperative security – all of which are enhanced by expanded membership. None of these threaten Russia, except insofar as Russia desires to reestablish the USSR and drag states that abhor the memory of Soviet rule back under its control. In which case, it is right that Russia feel constrained and even menaced. Such actions violate international norms of behavior – especially among developed states and even more particularly within Europe itself.

Furthermore, the muted response to the 2008 Georgia war (and, frankly, the annexation of Crimea) suggests that NATO is far from searching for a reason to fight its former adversary. What Russia truly fears is not so much its encirclement by a hostile, war-mongering enemy as it is the failure of its model and appeal. After all, achieving NATO membership is not merely a question of wanting in and spending enough on defense. There are political and economic requirements as well, including commitment to the rule of law, human rights, democracy, and individual liberty. Aspirant states must demonstrate, among other things, that they have a functioning democratic political system based on a market economy and that they treat minority populations fairly. These are not easy things to achieve, and that former Warsaw Pact and satellite states exerted the effort, including extensive economic and political capital, suggests an appreciation not only for the security NATO promised, but for the norms it embodied. Implicitly, they simultaneously rejected the Russian model as undesirable.

This was perhaps excusable in the 1990s, when the Russian economy was in shambles (and when it did not have the means to respond or try to prevent states from falling out of its orbit), but that countries should continue to prefer NATO and the European Union in light of Russia’s reemergence is, in President Putin’s eyes, inexcusable. That any nation would prefer the West to closer ties with Russia is humiliating for a leader who dreams of regional hegemony and expanding Great Power status. He simply had to put an end to it. The result? The war in Georgia in 2008 and the annexation of Crimea in March.

Curiously enough, the best response to this brutal denouncement of NATO enlargement may very well be to expand membership once again. This is not to suggest that Georgia, Macedonia, Montenegro, Ukraine, or other potential Allies receive any kind of accelerated membership. Indeed, NATO needs to seriously consider what value these countries may add. It is all well and good to promote democracy and stability, but the question of what these states will contribute – and what costs their membership might entail – should determine whether or not they get a seat at the table in Brussels. There is significant disagreement within the Alliance over when and even whether these states should be allowed to join, and their impact on NATO decision-making – already a challenge with 28 nations – cannot be discounted.

The addition of Sweden and Finland is a different matter. They are some of NATO’s oldest and closest partners and have participated in the Partnership for Peace (PfP) since its inception in 1994. Sweden in particular has a historically close relationship with the Alliance, including secret bilateral cooperation with the U.S. and other NATO countries during the Cold War. Sweden has also participated in a number of NATO operations since the collapse of the Soviet Union, including Operation Unified Protector in Libya. This is of particular note when you take into consideration the fact that only 14 actual member nations made direct contributions to that operation. NATO has pretty much always been open to their accession, and periodic Russian aggressions, including in Georgia in 2008 and now in Ukraine, have prompted discussion of the possibility. 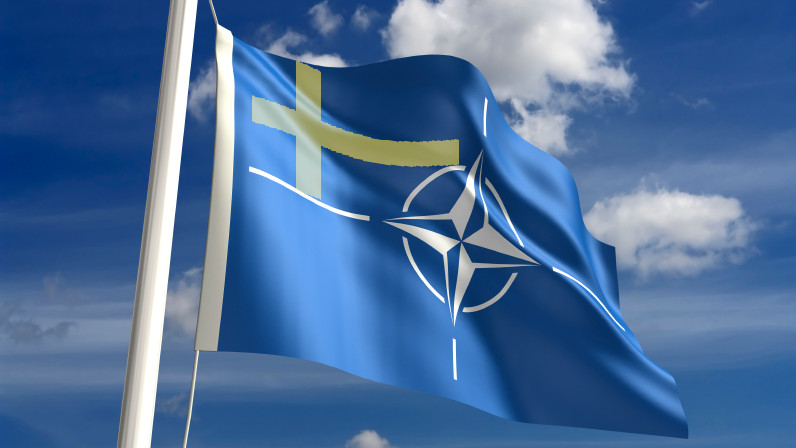 Expanding membership to include Sweden and Finland is a good choice for a number of reasons. They are fairly invulnerable to Russian economic pressure, particularly when it comes to natural gas dependencies. Russia would thus struggle to respond to accession via economic retaliation. They are also some of the least corrupt, most stable and advanced countries in the world – Russia would have no remotely plausible excuse to intervene, even with a small, Russian-speaking population in Finland. Finally, they are both already EU members. In other words, Russia’s pretty much already lost this battle.

Accession would also demonstrate to Russia just how far over the line it’s gone – these two nations, who resisted NATO’s “siren call” for so long, are willing to abandon historically entrenched policies of non-alignment because Russian behavior is so egregious. Their decision to join NATO would be a significant diplomatic blow for Putin. Furthermore, another round of enlargement would allow NATO to demonstrate that is has not been intimidated by Russian posturing – it will incorporate any nation who desires to join, who meets membership standards, and who’s participation supports NATO’s interests. This is a vital political message that would strengthen NATO’s position vis-à-vis Russia.

Of course, all the benefits of Swedish and Finish accession don’t mean it will come to pass any time soon (if ever). The issue is contentious domestically (membership is actually opposed by a popular majority in both countries) and unlikely to be resolved in the near future (although Sweden has seen a 9% jump in support over the past two years). That being said, political leaders there and in NATO should seriously examine the possibility of enlargement and initiate efforts to shift public opinion. It could be the Alliance’s best move at this point.

[i] The Former Yugoslav Republic of Macedonia for some

Posted by pourl'amourdel'otan at 1:31 PM