Bring back the Unmanned A-10!

Yet again, the A-10 is potentially on the USAF's budgetary chopping block, and controversial UAV/drones are victoriously poised to take over the role of a number of legacy airframes.  While at first these topics appear to be disparate and unrelated, DARPA's Persistent Close Air Support (PCAS) program has already examined making the A-10 CAS aircraft into a unmanned variant under direct ground control.  The result would combine two of the more controversial topics in the world of defense statecraft--drones and the A-10's replacement.


Artist's rendering of a proposed A-10PCAS (from a robotics website):

The United States already has a history of turning old airframes into drones, and has blown up old F-4s and F-16s as missile drones for years.
Rest in Pieces

DARPA's PCAS program originally sought to "unman" the venerable A-10, to the point of allowing joint terminal attack controllers (JTAC) on the ground to employ CAS within 6 minutes of a request, especially in high-risk scenarios that would otherwise endanger aircrews.

Originally, unmanned A-10s were "low hanging fruit" for an immediate low-cost option with demonstrated capabilities in the CAS role.  Raytheon and Aurora Flight Sciences were working on the A-10PCAS, and as of 2012 Aurora was responsible for a demonstrator aircraft.  In 2013, resources were shifted to the even lower-hanging fruit of manned CAS aircraft in order to deliver capabilities more quickly to ground troops.

While the PCAS program now seeks to be "platform agnostic," and capable with a wider variety of airframes, the original idea of "umanning" the A-10 might be worth a closer look.  The Chinese People's Liberation Army Air Force (PLAAF) recently decided to turn ancient Shenyang J-6 fighters (a copied MiG-19) into unmanned combat drones in the relatively "high risk" region near the Straits of Taiwan--straining regional tensions.  While technically an obsolete manned airframe, a J-6 drone would have inherent ordnance delivery capabilities far superior to a number current UAV systems, or could serve as a low-cost remote-piloted cruise missile. 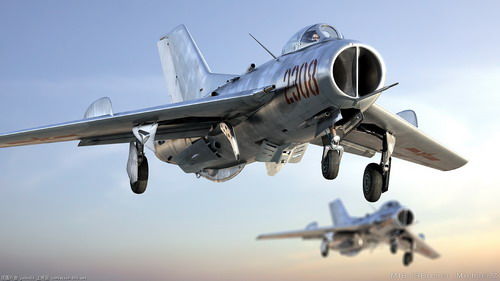 While "un-manned" airframes haven't been tested in combat, the capabilities exist to turn any number of old airframes into relatively capable UAVs.  The PCAS program is still being developed by Raytheon, with a goal of 2015 for live-fire demonstrations.  While the debate still rages about what will replace the A-10 for CAS, there is no satisfactory answer.  If the PCAS tests show promise, it might be time for the United States defense establishment to take a page from the PRC playbook and turn the A-10 into a heavily-armed UAV.

Time to bring back the unmanned A-10, so the A-10 can replace itself.  Then everybody's happy.

Posted by The Maid who sold her Farley at 8:43 PM

mate are you fucking gay, i heard you were. Just go look on youtube russia and ull see 2 videos of you engaging in some sort of daliance with a male being overly familiar to say the least. Id make sure if i was you to keep these things behind closed doors. thanks again