The Future of AFRICOM

The following is from Duffleblog.com: 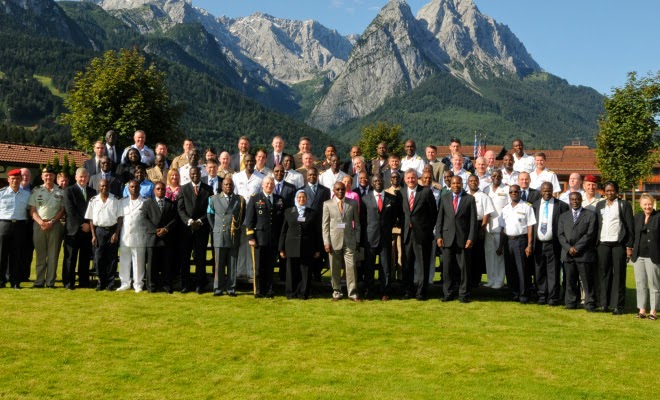 Personnel assigned to AFRICOM pose for a picture in front of a deep Afro-German jungle.

STUTTGART, GERMANY — A soldier assigned to Africa Command appeared extremely confused and angry after landing in Germany, which is apparently not Africa, or even in Africa, sources confirmed.  After his transport plane landed, Private First Class Eric Lynch could hardly contain his excitement after “receiving the posting of his dreams” at AFRICOM.

The newest combatant command, AFRICOM is responsible for the entire continent of Africa except Egypt.
Envisioning visits to exotic locales, Lynch dreamed of travelling from South Africa to the Sahara on myriad adventures, befriending local tribesmen, and collecting souvenirs that would be the envy of his peers the world over. “I thought maybe I might even write a book about my journeys when it was all over,” Lynch told reporters.

Unfortunately for Lynch, none of that would come to pass. The young soldier — who did absolutely no research into the command — was dismayed when the bus from the airport dropped him off at Kelley Barracks in Stuttgart, Germany, and the sergeant greeted him with, “welcome to AFRICOM!”

“It was such bullshit,” sobbed the grief stricken private. “If I wanted to go to Germany I would have asked for European Command. Who the hell put the AFRICOM headquarters in Germany? Probably the same dumbass that decided to put the 10th Mountain Division in a place with no fucking mountains.”


All jokes aside, AFRICOM and US Army Africa will be called upon in the coming years to deter threats across the continent as African nations continue to struggle against internal and transnational threats that thrive in a weak security environment.  Unlike other combatant commands, AFRICOM - which has only one base on the continent at Camp Lemonnier, Djibouti - has relatively few land, air, or naval assets to deploy across the continent.  Instead, its primary strategy is to build partner nation capacity.  To accomplish this mission, AFRICOM has partnered with the Department of State through the Africa Contingency Operations Training and Assistance (ACOTA) program.  The initiative is designed to improve African militaries’ capabilities by providing selected training and equipment necessary for multinational peace support operations. U.S. Africa Command supports the ACOTA program by providing military mentors, trainers, and advisors at the request of State Department.


Boko Haram, the Lord's Resistance Army, Al-Shabab, Ansar al-Sharia - these are just four of the dozens of tribal and sectarian militias that plague the continent.  Boko Haram has received much media coverage of late after kidnapping over 300 school girls to sell into slavery just in the last month.  The American response has been criticized by some media spokesmen for not being robust enough - sending coordination and intelligence analysis personnel rather than a whole brigade of Soldiers and Marines to beat through the bush looking for these kidnappers.  Political posturing aside, the talking heads may have struck upon greater insight than they realize.

As part of Operation Enduring Freedom - Horn of Africa, the United States established Combined Joint Task Force - Horn Of Africa (CJTF-HOA) in October, 2002.  The CJTF-HOA mission continues is to conduct operations in the Combined Joint Operations Area to enhance partner nation capacity, promote regional security and stability, dissuade conflict, and protect U.S. and coalition interests.  They hunt pirates and train Africans how to fight their own fights - and occasionally conduct a JSOC raid here or there to kill or capture members of Al-Qaeda and their affiliates. 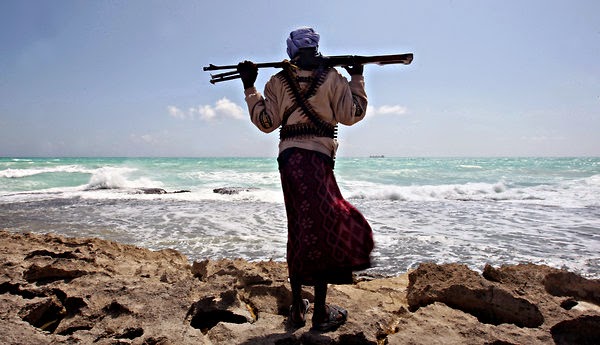 United States Africa Command should be allowed to expand their foot print in terms of assistance and training programs such as ACOTA, while also being authorized to do direct action themselves in the form of a CJTF-HOA type task force based in friendly areas troubled by transnational crime and piracy - such as Nigeria and their experience with oil piracy and Boko Haram.
Posted by Unknown at 4:59 PM