The U.S. Sea Services in the Melting Arctic

As the Arctic melts, the more easily navigable waterways - especially the Northwest Passage - present new national security challenges for the U.S. Navy, Marine Corps, Coast Guard, and our international partners. The increase in commercial shipping and tourist traffic, oil and gas exploration, and military activity in the Arctic has already led to competing jurisdictional and resource claims over waterways. This being the case, waterways that have traditionally been the territory of submariners and icebreaker crews are becoming not only more navigable, but more popular as a result of increased viability.

According to a 2009 interview given by Rear Admiral David Gove, then oceanographer and navigator of the Navy, "the Northern Sea Route and the Northwest Passage were both open in 2008 for the first time, ‘open’ meaning less than 10 percent of ice. People are going to start looking seriously at whether it’s a viable commercial alternative to the Suez and Panama canals...it’s about 5,000 miles shorter from Asia to Europe via the pole than it is through the Panama Canal.” 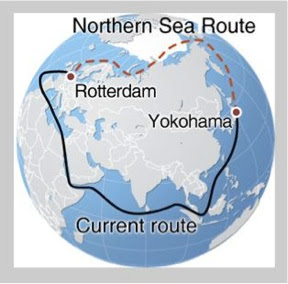 In response to the increased security threat resulting from the recent spike in activity in the Arctic, the 2010 Naval Operations Concept (NOC) document acknowledged national security interests in the region, indicating that the U.S. Naval Service is prepared to operate in this unique and harsh environment, either independently or in conjunction with other nations. The 2010 NOC document also states that the evolving situation in the Arctic will require deployment of submarines, icebreakers, or ice-capable ships to the Polar Regions, as well as increased investments in icebreaking capabilities and related technologies. 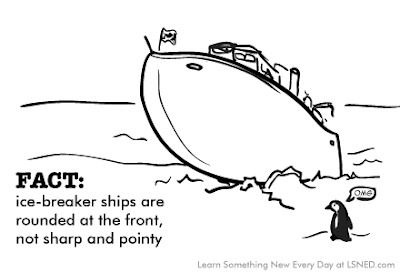 The U.S. has also focused on building international cooperation in the region, particularly via the Arctic Council. This is the primary institution for handling disputes between Arctic countries while carefully excluding non-Arctic states whose presence the council deems undesirable and/or unnecessary. Other member nations of the Arctic Council are Canada, Denmark, Finland, Iceland, Norway, Russia, and Sweden. The council has thus far reached agreements regarding international search and rescue cooperation procedures, the establishment of a permanent secretariat in Norway, and a streamlined process for granting non-Arctic states a permanent observer status in the council. The granting of permanent observer status was intended to placate the EU and China without legitimizing their interests in the region, as a primary criterion for becoming a permanent observer is acceptance of the sovereignty of Arctic countries over their respective territory in the Arctic. As such, in order to achieve a seat at the negotiating table, a non-Arctic country must relinquish any claim that the region is a global common.

This is the contested Lomonozov Ridge - claims have been submitted by Russia, Denmark (Greenland), and Canada for rights over this area.

While the U.S. currently has stable relationships with other Arctic nations, the changing environment and competition for resources could either contribute to increasing tension or, more desirably, provide opportunities for cooperative solutions. The ownership of resources and the sovereignty of Arctic areas, including the Northwest Passage, are already being contested. One reasonable measure would be to actually ratify, then more clearly define the applicability of the UN Convention on the Law of the Sea, especially in those areas of the Arctic where claims overlap. In the event that tensions escalate, the Navy's preparations currently underway will likely be insufficient, but may serve to negate any misconceptions that the U.S. is not prepared to undertake major naval operations in order to secure the Arctic.