The Lexington Herald-Leader yesterday published an Associated Press article by Richard Lardner that exactly illustrated a scenario that we discussed in Defense Statecraft class concerning both the Defense Budget and the Defense Industry.  The article, entitled “Safe from Sequestration: Army Says No to More Tanks but Congress Insists” reveals from its title the controversy that often creeps into decisions concerning defense spending and the defense industry.  The tanks to which the title refers are the mighty Abrams tanks built in Lima, Ohio.  Over the course of the last two years, representatives from both political parties have spent hundreds of millions of dollars to build an improved version of the powerful machine, and now members of Congress (from both sides of the aisle) are trying to spend another $436 million on yet more of the tanks.  To draw this level of bipartisanship, this acquisition of the newly updated tanks must be extremely vital to the Army’s upcoming missions, right?  Actually, not at all.   “If we had our choice, we would prefer to use that money in a different way,” Army Chief of Staff General Odierno told the Associated Press last week. 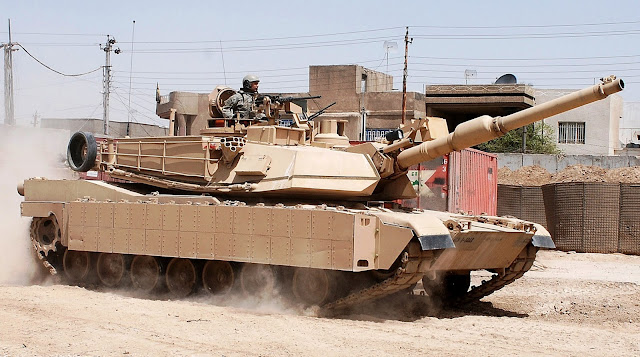 In fact, the Army has been saying roughly the same thing for some time now.  Two years ago, there was a rash of reports such as the ABC News article by Devin Dwyer from May 2011, which reported that the Army was asking for the Lima plant to halt production for at least three years, which would have created a savings of $1.3 billion in fiscal 2012 alone.  Of course, then as now, Congress said no.  Why?  Richard Lardner says simply, “Politics.”


The assembly plant for the Abrams in Ohio is owned by the federal government, but is operated by General Dynamics Land Systems, and is Lima’s fifth largest employer.  Furthermore, the list of suppliers for the Abrams is much more extensive, including perhaps hundreds of small businesses that have some kind of input into the final product.  Thus, with a combination of a defense industry mammoth and its political lobby and many constituents whose finances would in some way be affected, the political desire to keep production flowing is overwhelming.


There is, of course, another often used argument, as we discussed in class--that the industry needs to be protected.  The Lima plant is the only remaining tank manufacturer in the United States, and thus the proponents argue that the skilled labor used therein need to be kept in the industry, and that they cannot sit around and wait for the government to re-start production once it is halted.  There are some small international orders being filled for customers like Saudi Arabia and Egypt, they point out.   Furthermore, they argue that the costs of halting production and then later restarting it would outweigh the savings of temporarily ceasing production of the unwanted updated tanks.  This “fact” is challenged, however.  In 2011, the Army estimated that closing the plant and reopening it would not cost more than $800 million whereas keeping production going at even a minimal level would cost $2.1 billion.  Currently, Ashley Givens, a spokeswoman for the Army's Ground Combat Systems office, argues that if production were halted until 2017, money for research and development for the proposed newer and improved model could be freed-up.


Therefore, if Secretary of Defense Chuck Hagel is serious about changing the way the Pentagon spends money on acquisitions, he must begin with the daunting task of determining which side is correct:  first in the debate over whether the industry would be greatly damaged by a production halt, and secondly, whether or not savings can be achieved over the long term once re-startup costs are factored in.  One thing is for sure, Congress feels like it already has the answer, and not even sequestration is changing that.
Posted by for the common defence at 11:24 PM