In our Defense Statecraft class, we have talked at length over the last couple of weeks about the nature of the Defense Industry and the Defense Budget.  Integrated deeply within the discourse of the American defense industry is the concern of how much input international firms are providing to the United States.   From our class reading, it was shown that the United States has indeed been utilizing international input in our defense products and services for quite some time.  However , the goal was to keep the inputs to subcomponent levels and only use foreign parts or services if they could provide a cost savings or quality advantage while allowing the final product or service to maintain its American or Allied control. 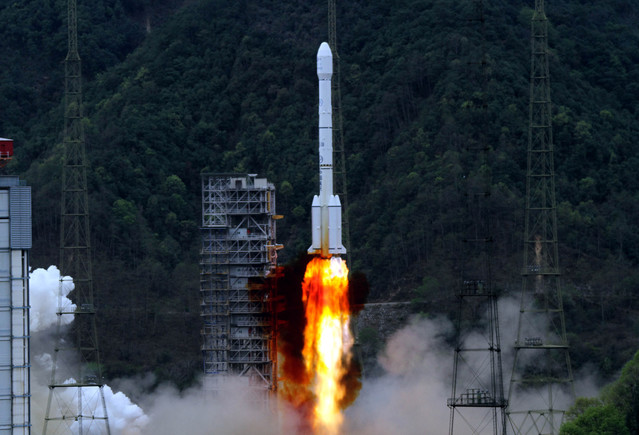 In a recent Danger Room report by Noah Shachtman, there was a shocking example of exactly the opposite of this “defense technology” outsourcing restraint.   Shachtman reports that the Pentagon has selected a Chinese satellite firm to help it communicate and carry and share data.  This, of course, is not only a foreign service of a potentially very delicate nature, it is not even a non-Allied country who is providing the service, it is Chinese firm.  Apparently the Pentagon is in such dire needs for bandwidth that this appeared to them to be an acceptable option.   In fact, a Deputy Assistant Secretary of Defense reported that the action was taken as a response to a need, not a strict adherence to policy since there is no policy in place to guide the decision.


The decision to lease the data service raises serious concerns, not least of which is the fact that the United States has feared that Chinese telecommunication firms have acted as subcontractors for Chinese government spying.  Even if the data is encrypted, the Chinese know who is using which transponders, and they can then copy all of the data to send to Chinese cryptanalysts.  If that were not bad enough, the power to simply shut down service to the United States military in the area, is left in the hands of this Chinese firm.  It is certainly a bewildering and troubling choice by the Department of Defense.  It also illustrates just how important and space-capital intensive military networks are becoming.

Posted by for the common defence at 11:19 PM