What's up with rogue nations?...Satellites, that's what's up. 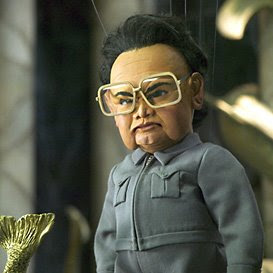 Weeks ago the United States was worried about a satellite launch from Iran. Now it looks like we’re facing the same dilemma with another rogue nation, North Korea. The difference being that Iran’s launch was unknown to the public prior to launch, while North Korea’s is a threat known to the world. Rumor is that the launch would not be of a satellite but rather a long-range missile. More importantly, North Korea has threatened that interference with the launch would “mean a war.” But really, how threatening is “war” from North Korean?

As we discussed in class, the mutual assured destruction theory should be deterrence enough for North Korea, especially since they can’t truly mutually destroy an enemy. Granted they could begin an attack on South Korea, but they would be destroyed in no time. Deterrence theory does assume the rational actors, and while Kim Jong-il seems irrational at most times, it’s still obviously not in their best interest to launch a war against much stronger opponents.

Personally, I think North Korea is whining about the joint military exercises in South Korea being conducted by South Korean and American forces. North Korea has conveniently closed communications between the north and south for the exact twelve days of the exercises, preventing workers from crossing the border. Honestly, North Korea is MAD and NUTS and not in the sense of nuclear weapon theories.
Posted by Athena at 9:50 PM

NUTS makes me laugh every time.

That's what she said!