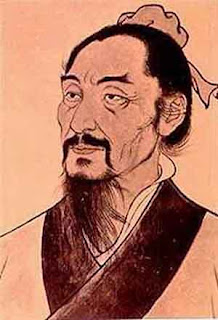 During our discussion of The Art of War in the History of Strategic Thought course, I learned about the ancient Chinese philosopher Mozi, and was intrigued by this:

...the Mohist community...functioned as an international rescue organization that dispatched members versed in the arts of defensive military techniques to the aid of small states under threat from military aggressors.

So basically, Mozi and company went around intervening in wars on the side of the just. This got me thinking about what I would do if I could raise my own military force and go Mozi-ing around the globe. Now, clearly, a force like this probably wouldn't be a good thing, and would probably end up causing more problems than it solved. But a blogger can dream...

For the purposes of this fantasy, I'm going to assume that:

b) The international public has an indifferent to positive view toward my intervention force. If I am simply going to start an anti-me insurgency everywhere I go then there probably wouldn't be much point in intervening.

IRAQ-I would use my intervention force to take over the US advising mission so that the America could completely withdraw forces in 19 months and not have to keep residual forces in Iraq. Hopefully, my presence in Iraq would carry less baggage than that of the US, and the Americans could focus on Afghanistan and their domestic economic woes.

AFGHANISTAN-I would talk to General Petraeus and volunteer to use my force to either a) patrol the Af-Pak border to keep insurgents from escaping across or b) augment US force levels to better conduct COIN in Afghanistan, since, even with the Obama mini-surge, many analysts believe that more troops will be needed to conduct proper COIN.

PAKISTAN-I would offer to provide intelligence services in rooting out insurgents in FATA and Swat, since the ISI is incredibly unreliable and in bed with many of the more unseemly elements there.

SUDAN-I got nothin'. I can't really think of any use for my force here, other than perhaps augmenting the UNAMID peacekeeping force.

SOMALIA-Conduct COIN against Al-Shabab and try to peel off the more moderate elements of the insurgency. Work toward a power sharing agreement between these moderate elements and the transitional government. Resist Ethiopian influence in Somalia to prevent their attempts to weaken new government. Add ships from my navy to international anti-pirate effort and possibly provide equipment to merchant vessels to help resist pirates (electric rails? something to make the rails slippery? I dunno).

DRC/RWANDA/UGANDA-I would completely wipe out the Lord's Resistance Army in Uganda and the DRC and the FDLR in the DRC. Don't think I would even really need to use COIN, since there isn't much support for these groups.

MEXICO-Again, I got nothin'. Don't see a military solution to the drug wars.

CAUCASUS-This is interesting, since I think both sides messed up here. But I think Georgia is ultimately the more just side. I would chase the Russians out of South Ossetia and Abkhazia and encourage the Georgians to make them mostly autonomous. While the Georgians were assholes to the breakaway regions, that's no excuse for Russia's actions.

IRAN/N. KOREA-I would use my special operations capabilities to sabotage the nuclear programs in both of these states.

I give up. In conclusion, I don't think I'd be very good at the Mozi thing. This stuff's way too complicated. I started to think about some other problematic areas like Tibet, Kashmir, and Ukraine, but really had no idea how to solve these problems. Guess this enlightened private army stuff is going to have to be resigned to the annals of Chinese history.
Posted by Slim_Charles at 2:00 PM