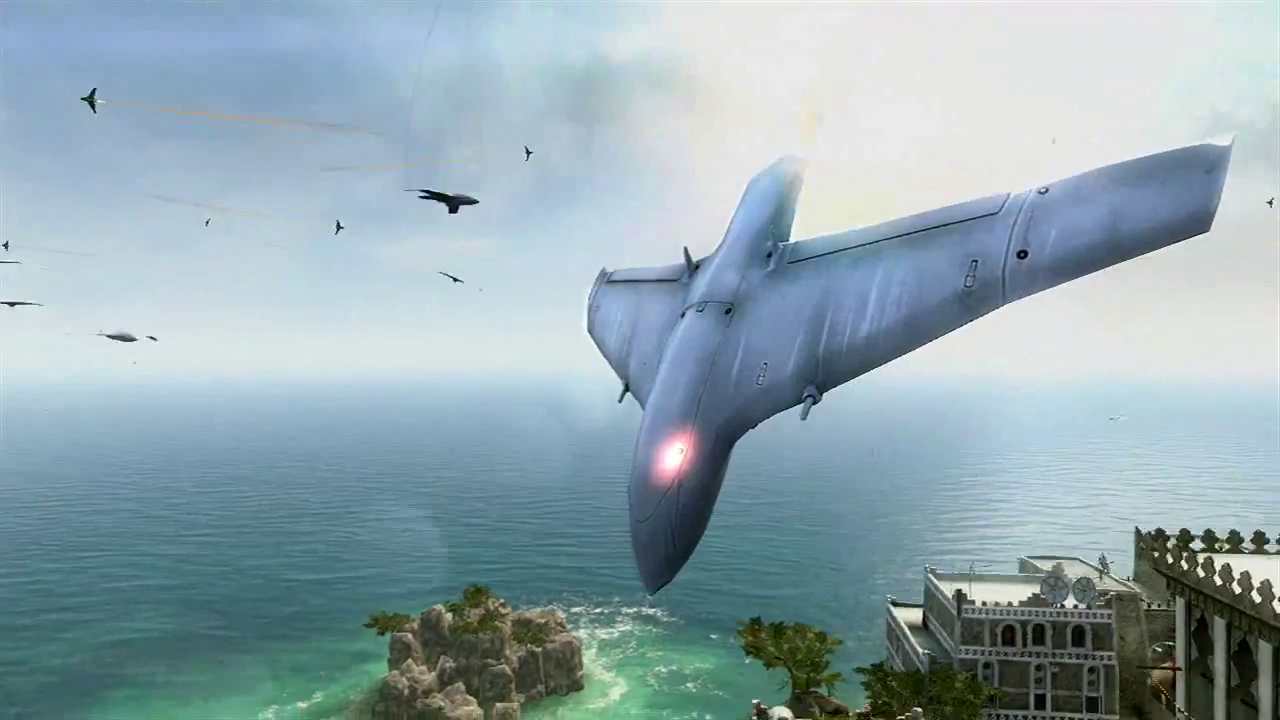 Two weeks ago, the Office of Naval Research tested an iteration of the Low-Cost UAV Swarming Technology (LOCUST) system. Launched out of a device that looks similar to a Multiple Rocket Launching System (MRLS), these little Unmanned Aerial Vehicles (UAV) were then able to act together to carry out their demonstrative mission. “Autonomous Swarming” is becoming a reality.

It would seem that the future of warfare has taken another great step, edging closer to the operational aspects of network centric warfare (NCW) that were conceptually distorted during the attempt to create the “Navy after Next”, and effectively aborted after the post-recession budget cuts and sequester.

Ships like the DD(x), CG(x) and LCS combined what was then the contemporary vision of NCW Navy platforms with the information technology (IT) revolution that was coming to dominate war-fighting. The prohibitive costs of the platforms and development difficulties led to cancellations and project modifications (see the LCS) as well as attempts to integrate the concepts of the IT revolution into more familiar boats (such as the DDG 51), with an established industrial footprint and operational capacity, fostering the industrially sustaining nature of NCW.

The rapid development and feasibility of advanced 3-D printing technology may change this, providing the impetus for disruption that could open up the market more than the conceptual and technological limitations of 1990s and 2000s.  If size and number are to be the key components of the survivability of the networked system in NCW, then the reductions in cost and time (as seen here, with the latest Rutherford engine cutting rocket engine productions from a few months to 3 days) associated with this emergent revolution in 3-D manufacturing technology will push NCW towards theoretical purity, as long as software and hardware progress are in relative lockstep.

If the cost of platforms can be reduced, their effectiveness guaranteed and streamlined through single mission forms, and they can be linked via disruption resistant connections, then the speed that these nodes in the network can be replaced will determine the effectiveness of the network as a weapon. This is really the point of NCW, to sync and weaponize the entire operational and strategic structure, by providing instantaneous and unitary tactical ability. The nodes will simply be relegated to ammunition, and may even self-destruct as such.

While the application of this technology may be manifest in imagined futures, the disruptive or sustaining nature of 3-D printing technology to the defense manufacturing industry, especially when applied to the US Navy, will lie within the ability of the Navy to see 3-D printing’s true potential in radically transforming the service’s platforms and aiding in the practical shift to the NCW doctrine developed almost 20 years ago. Experimentation with the technology's ability to print parts is incredibly important and useful, buts as the frontier in materials for 3-D printing pushes outward, the Navy and the defense industry must start thinking big. It seems that they are, but time will tell how vested political interests in conjunction with operational and strategic Luddites will shape the Navy’s ability to fully articulate its vision of NCW.

In many ways, these advances in both autonomy and production could help structure an interesting counter to A2/AD. That may have to be the policy angle the Navy takes in pushes its R&D and Procurement budget in front of the right congressional and administration allies. It might also be a winning strategy for shepherding the defense industry in the direction that the Navy wants, promising long-term investments in countering specific strategic threats.
Posted by KingFriday at 5:20 PM