A Few Thoughts on Judgement Day: How the Current Drone War is a Poor Indicator of the Tough Decisions to Come 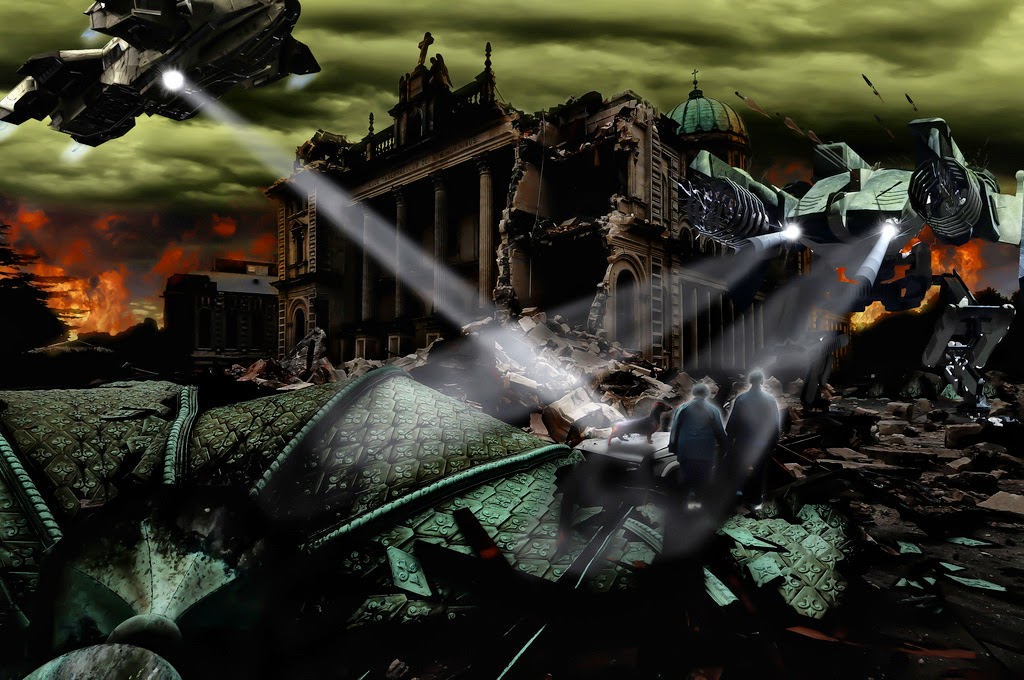 Reading P.W. Singer’s perspectives on both cyber warfare and the revolution in drones and automated systems over the past two weeks, it’s difficult not to consider some of the intersections between the two technologies and the future of warfare. I agree with Singer, that we are in the bi-plane/telegraph era of these two technologies. Moore’s law, and the history of warfare itself, compels a brief (and somewhat hodgepodge in this case) consideration of some of the challenges to come, not just for the hardware and platforms of militaries, but also the political bodies that regulate and utilize them.  A common theme appears to be that the unconventional/asymmetric aspects of the War on Terror are not fully revealing the moral and systemic challenges and opportunities to come.

Closing the Gap and Accelerating the Kill Chain

As the ability to directly affect the strategic aspects of warfare through tactical level decisions continues to make its way up the chain of command, the political entities that are legally responsible for carrying out policy will be faced with challenging ethical and bureaucratic questions.
One aspect of the proliferation of information and direct control over drone equipment will be the challenge of streamlined and effective military operations when one is tempted, by the information available, to micromanage ongoing military operations. In the US, for example, the executive will have to determine what level of engagement they feel is appropriate in order to maintain an effective chain of command and allow the professional military to function in the way it is structured to.
Moral quandaries may increasingly present themselves as military Artificial Intelligence (A.I.) reaches a level of competence in which it can carry out missions with little direct, tactical input from commanders. This “acceleration of the kill chain” will place a great deal of responsibility on programmers, military leaders at the operational and strategic levels, as well as civilians in government.

Rudimentary A.I. may make mistakes, or advanced A.I. may be too efficient in carrying out its job. These issues might not manifest themselves fully or only make a marginal impact in the peculiarities of the US War on Terror, but they could take on a new significance if there is a major war between technologically advanced nation-states. The amount of information required to carry out that type of conflict, and the decision making density associated with it, may seriously challenge both the human chain of command and the web of things, dependent on the cloud of raw and synthesized information vulnerable to manipulation and disruption by the opposing force.

The Thinking Web of Steel

If automated military equipment becomes the new norm of national defense, then the relationship between security structures and the society they protect will change forever. The military, and its function, could become fully integrated into the internet of things.

The upshot of this is that the lives of young people will no longer have to be put in harm’s way in order to maintain the security of the nation. The possible downside is that the military will increasingly look like as an inanimate tool, and may be treated as such.

This rapid automation of the military may also bring with it interesting (and probably intrinsically disturbing) questions about the nature of the killing associated with kinetic operations themselves. Questions about what makes killing on a battlefield necessary are often the product of a function that includes the priority of the target, the immediacy of its threat, and the technological limitations of the system engaging that target. As weapons systems and their platforms become more efficient, more programmable, and more autonomous, the complicated aspects of killing during war will need to be increasingly defined, or outright ignored. There will be obvious and important moral implications associated with the decision taken at this juncture.

The Conventional Vulnerability of Populations

These types of decisions tend to directly affect the population through the feedback loop of the strategic violence associated with major wars. Case in point would be the escalation of the air war between Britain and Germany during the Second World War.

While military operations exist on a broad spectrum that forms itself to the varied objectives of the state (including counterinsurgency and limited strikes), all out warfare for national survival tends to draw in the population more so than other variations, particularly if their support for the opposing government is sound. In this case, cyber war and drone technology will once again present their moral and strategic challenges.

The unmanned nature of strategic strike capabilities, increased accuracy in weapons targeting and effect calculations, along with the non-lethal possibilities inherent in cyber warfare capabilities and the opportunity to take infrastructure out of the chain production with little bloodshed, will force governments to fully reckon with the potential outcomes of their strategic planning. With so much control (whether perceived or actual), the output of strikes, and the civilian suffering that they cause (due to the common integration of civilian and military systems), will become a manifestation of national policy. The excuses provided by ineffective weapons and targeting, along with exultation of the skill and determination of our fighters to carry out their crucial mission objectives, will no longer be able to distract from the nature of the results. The thinking web of steel will be the massive fingerprint of civilian war-time decision making. Policy makers will have to confront that by either acknowledging the substance or justifications of their calculations, or through reclassifying what it means to be a civilian.

By some accounts, this may be one of the legacies of the use of drones in the War on Terror that makes its way into future inter-state conflict. The reclassification of civilian causalities as combatants could continue the tradition of addressing the true nature of major wars obliquely, by acknowledging that all persons living under the opposing force’s system of governance and security are truly integral parts of the larger threat and must be treated as such. The moral quandaries associated with this, and the strategic concepts that piggy back on it, it will be another political and philosophical challenge provided by the evolution of defense technology.

Similar to the interwar period, policymakers, citizens and militaries are uncertain about what the most recent revolution in defense technology holds for future conflicts, particularly major warfare. The War on Terror, and the utilization of more primitive manifestations of these technologies in the civil conflicts of this decade, have been poor indicators of the issues associated with this dramatic movement towards more machine and information based warfare. Thought experiments, simulations, and scholarship would be preferable to the world as a classroom. Lesson learned there are absorbed, as the 20th century demonstrated, through great cost.
Posted by KingFriday at 9:19 PM