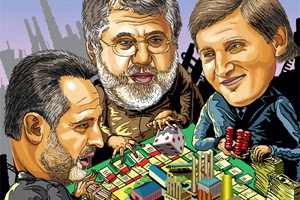 
Almost a month ago, Ukrainian President Petro Poroshenko was involved in a standoff with the oligarch billionaire Igor Kolomoisky.  Now it appears that President Poroshenko will have to address yet another challenge from one of Kolomoisky’s peers.  Rinat Akhmetov, a steel and electricity magnate worth $6.7 billion, has been accused by a member of the Ukrainian Rada of orchestrating miners’ protests in Kiev last week.  The government attempts to gain control over these oligarchic fiefdoms are likely the result of pressure on the Poroshenko administration to combat endemic corruption in the Ukrainian economy and state.

In the last conflict, Igor Kolomoisky ended up being fired (or “asked to resign) by President Poroshenko from his post as governor of Dnipropetrovsk oblast.  This followed a conflict between the state and Kolomoisky over control of Ukrnafta, Ukraine’s top oil production company.  Ukrnafta was majority owned by the government, however Kolomoisky regularly denied shareholder meetings and monopolized control over the cash flow of the company.  This influence is despite Kolomoisky only owning a minority stake in the company. 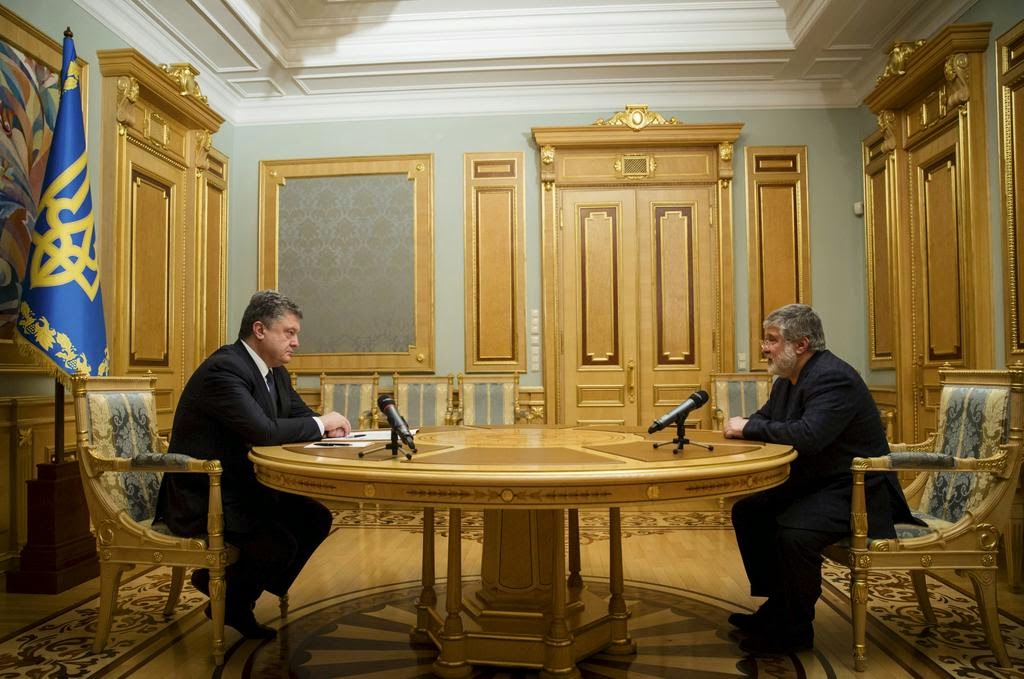 Kolomoisky threw his support behind the interim government during the months after the Maidan revolution, eventually winning the regional governor position.  Kolomoisky’s friction with the Poroshenko administration emerged from a curse-ridden rant at a journalist following a personal intervention to keep one of his loyalists in a management position at a state energy transportation company.  Additionally, Kolomoisky utilized one of his “volunteer battalions” (the same battalions that were fighting in the east against the Donbas separatists) to fortify the Kiev headquarters of Ukrnafta with assault rifles and full military kit.  Poroshenko’s original legislation, which would strip Kolomoisky of his control of Ukrnafta, led Kolomoisky to negotiate and accept what was likely a golden parachute, which would allow him to keep his fortune as long as he resigned from his post as governor.

Akhmetov is yet another oligarch who threw his weight behind the pro-western reformer government early on.  A re-occurring trend is the oligarch’s capacity to shift their allegiances (along with their manpower and assets) as the political winds change.  For example, Akhmetov’s main consolidation of Ukraine’s mining and steel assets took place under former President Yanukovich’s auspices.  It’s likely that, as the Ukrainian government continues to undergo economic reforms, there will be more friction between the authorities and the oligarch classes. 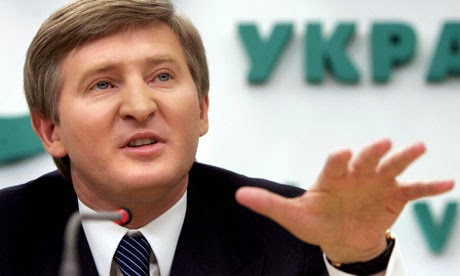 The Member of Parliament who released the internal documents linking Ahkmetov to the protests in Kiev is Mustafa Nayem.  He used to be an investigative journalist until joining the Rada as part of the Petro Poroshenko bloc.  Prior to the revolution, he was a dedicated free speech and economic justice activist who was regularly detained by the Yanukovich administration.  President Poroshenko will need to maintain a balancing act to maintain order and continue his path towards a more solvent and economically free Ukraine.  He will need to maintain the allegiance of individuals such as Mustafa Nayem by making sure his fledgling government highlights transparency, rule of law, and journalistic freedom as primary pillars of its anti-corruption reform efforts.  However, this presents a challenge because Poroshenko’s administration relies on several oligarchs for material and human support, both of which are vitally important in this financially difficult wartime.  Future conflicts with the oligarchs will need to be well-planned and executed in order to avoid an implosion of the country.
Posted by Clay Moore at 5:26 PM