Is the juice worth the squeeze? 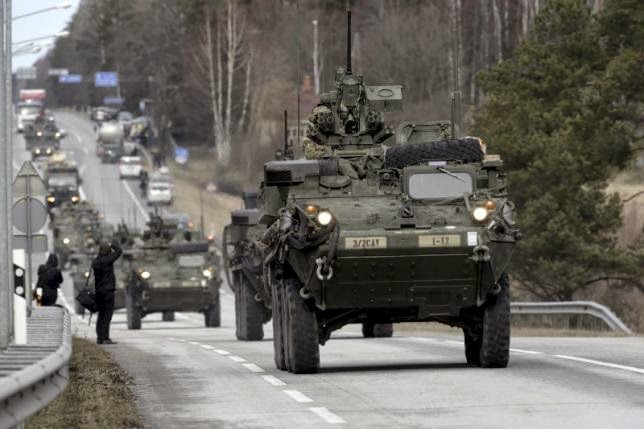 Last week, as a portion of Operation Atlantic Resolve ratcheted down in the Baltic nations, Operation Dragoon Run was launched, featuring a convoy of 120 armored vehicles and over 500 American soldiers barreling down highways in Eastern and Central Europe back to their home base in Vilseck, Germany.  While Atlantic Resolve is focused on improving NATO interoperability and demonstrating solidarity with US allies, Dragoon Run tested the 2nd Cavalry’s ability to, as Stripes puts it, “conduct a long and complex movement, with troops rambling along small country roads and major highways.”  Additionally, it presented an opportunity for photo ops with local townspeople, who may have never seen American soldiers and their equipment with their own eyes.  Despite the widespread protests that Russian media expected, Reuters reported that in the Czech Republic, most locals on the streets celebrated the Americans’ presence.

At the heart of the matter, the US is interested in expressing her solidarity with her NATO allies, especially those new members who experienced Russian (then Soviet) occupation in Central and Eastern Europe.  A key strategic issue is the vulnerability of the three Baltic nations.  Since the shenanigans in Ukraine, many commentators have expressed concern that the Baltics are next and that the Kremlin will decide to test NATO by sending “polite green men” into Estonia or Latvia.  They ignore many reasons that this would be a poor decision by President Putin.  From my perspective, the cards are stacked against Russia if she were to eye the Baltics as her next territorial acquisition.

Hostile Natives
Any Russian military endeavors with territorial intent would be much more costly for the Kremlin in the case of the Baltics rather than in the Donbass.  The cultural memory of Soviet occupation remains fresh in the Balts’ cultural consciousness.  While the Russian military dwarfs all three Baltic states’ forces conventionally, guerrilla insurgency, targeted attacks, and allied reinforcements would be the primary method of Baltic opposition.

Commentators have oftentimes entertained a scenario a-la the Crimean seizure method, where “polite green men” would arrive and “protect” the ethnic Russian populations within Baltic territory.  This is inherently a false assumption, and not only due to the NATO membership of the Baltics.  Ethnic Russian residents in Narva, Estonia can just as easily travel across the Russian border to view the nearby city of Ivangorod to see what societal benefits are waiting for them under Kremlin control.  The city resembles a typical, regional Russian settlement where unemployment is high, infrastructure is crumbling, and institutions are weak.  Despite not being true Estonian citizens, grey-passport-holding ethnic Russians enjoy Schengen zone visa benefits in addition to visa-free travel to Russia and CIS nations.  It is likely that polite green men would not be welcomed by their ethnic compatriots in quite the same manner they were in Sevastopol.

To borrow a phrase from Timothy Snyder, the Baltics’ location in the historic bloodlands as small, sparsely populated nations has cultivated a historical tradition of unconventional military resistance against larger, more conventionally powerful invaders.  The Lithuanian resistance to Soviet occupation is a prime historical example of this.  By largely not joining the Germans in their 1941 march eastward like many Latvians and Estonians, Lithuania retained its pool of young men.  Following the Soviet re-capture of the territory, these young men ventured into the forests in the thousands to begin a nearly ten year resistance to Soviet control.  Despite being untrained and loosely commanded, they ensured that Lithuania remained designated a “zone of active conflict” by the Politburo, thus dissuading Russian settlers and contributing to Lithuania having the smallest percentage of ethnic Russians out of all the Baltic states today.  The Lithuanian Ministry of Defense holds insurgency as a primary aspect of doctrine today.  The challenge for the Russians would not be in taking the region, but in holding it. 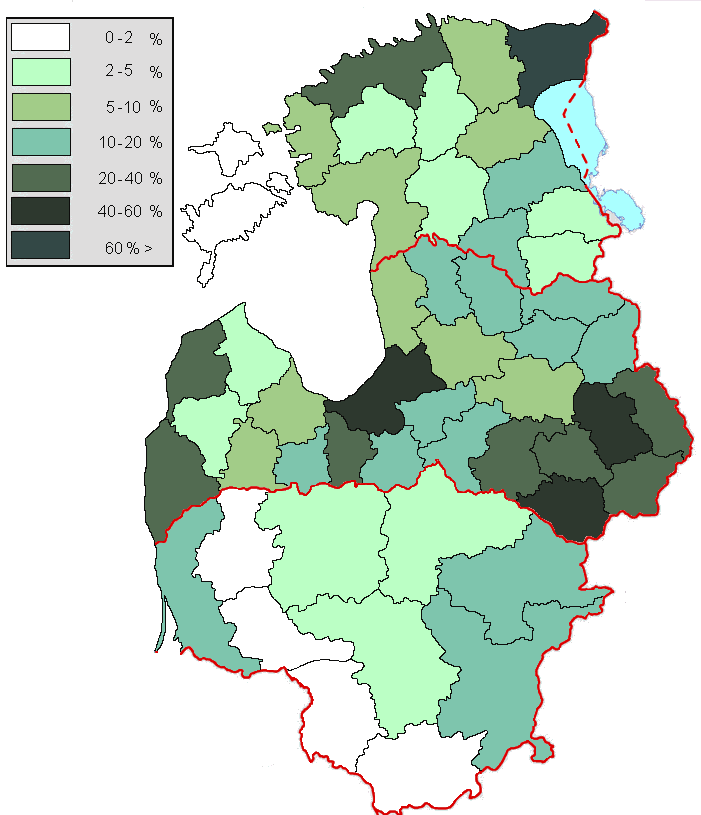 Breakdown of ethnic Russians in the Baltic states by region - Source

The NATO Factor
With the Russian economy failing due to a myriad of factors, such as low oil prices and economic sanctions, a direct conflict with NATO is not in the Kremlin’s interests.  Per Article 5 of the Washington Treaty, any attack on the Baltic states would be considered an attack against all NATO members.  With NATO scrambling to remember its founding mission as an anti-Soviet and anti-Russian alliance, now would be a poor time to test her commitment to Article 5.  It’s unlikely that the world will witness an attack on a NATO member in the short term.  However, it’s not unreasonable to speculate that a hypothetically weaker NATO may be attacked in the future.  Trends are not complicit in this view.  If anything, NATO is growing stronger in light of this new threat to European security.

Is it worth it, Vova?
Despite the potential challenges and costs for the Kremlin, there are plenty of reasons for Russia to take the Baltics.  As Russia remains primarily landlocked with the exception of easily-denied ocean access, having the Baltic coast would open up a large swath of valuable land to be exploited for naval purposes.  Additionally, more buffer space from potential adversaries is always welcomed in the Russian security realm.  Kaliningrad (formerly Konigsburg) may finally get the chance to become contiguous to the motherland.  Many of these benefits would be largely nullified by the economic costs of the military operations and international condemnation, isolation, and potentially intervention.  Many commentators also float the hypothesis that much of the recent Russian revanchism is due to pressure on President Putin domestically.  Despite his authoritarian control of the security services in the country, it’s unlikely that he would survive as a political force following an outbreak of military confrontation with NATO and the west over the Baltics.  Additionally, once the returning bodybags are in such numbers that state media cannot ignore, President Putin’s grassroots public support will likely degrade.


As we live in a chaotic world, these factors can change both in the short as well as the long term; however I don’t lose any sleep over the threat to the Baltics just yet.  That isn’t to say that this opportunity to re-invigorate NATO should be squandered, quite the opposite, it should be taken advantage of.
Posted by Clay Moore at 5:12 PM