Russian Maidan? Oh no you won’t. 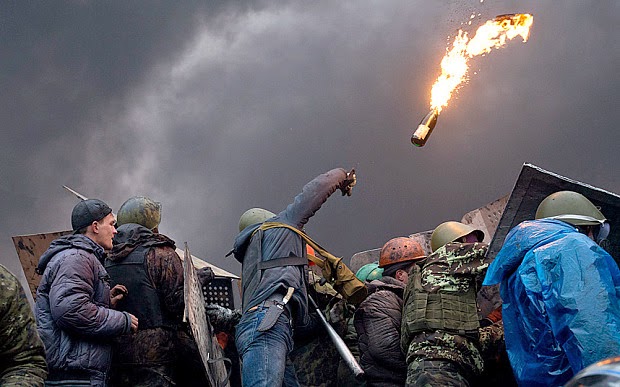 
Earlier this month, Russian armed forces staged exercises designed to improve readiness and capability, as well as to send a message of defiance to the international community.  However, there were actually two separate series of exercises held.  In addition to the conventional exercise, internal security forces conducted training operations to improve their ability to quell internal threats to the Russian state.  This exercise (Zaslon-2015) is emblematic of the Kremlin’s trend of looking to the interior when considering threats to the state.  This approach is logical and recent history proves it.

Zaslon (which roughly translates to screen or covering force) featured internal security forces addressing situations similar to what observers have seen in Ukraine and in other revolutions in post-Soviet countries.  Training facilitators utilized bottles, Molotov cocktails, as well as primitive firearms (such as hunting rifles and other non-militarized weapons).

Following the legislative elections in the winter of 2011, protests erupted on the streets of Moscow and other large cities.  Their main concern was the blatant appearance of electoral fraud, as well as systemic corruption.  This event definitely made an impression in the ruling United Russia party’s collective mind that a government overthrow is a major threat.  In addition, there was definitely a sense of “biting the hand that feeds you”, as President Putin viewed his party’s rule as one that provided stability and relative economic prosperity and growth.  Thus, it’s perceived that the discontented urban middle classes on the streets were actually a creation of the economic atmosphere that he, personally, provided.  (Let’s not talk about the higher oil prices that contributed as well)

Additionally, since the dissolution of the Soviet Union, Russian civilian authorities and security officers (of which Putin emerged from) have witnessed multiple protest-triggered revolutions in former Soviet Union states.  These are collectively known as the color revolutions.  Georgia emerged from the Rose revolution to a pro-western government that is begging to for closer ties to NATO.  It goes without saying that the recent Maidan revolution in Ukraine has triggered even more intensified concerns.  This comes to a front when considering the recent crackdown on NGOs and civil society operators domestically.  The Kremlin directly views many internationally-funded civil society organizations as direct attempts by the United States and NATO to foment domestic unrest.  It’s not an entirely unreasonable perspective, as authoritarian-leaning governments have an interest in maintaining a closed political system. 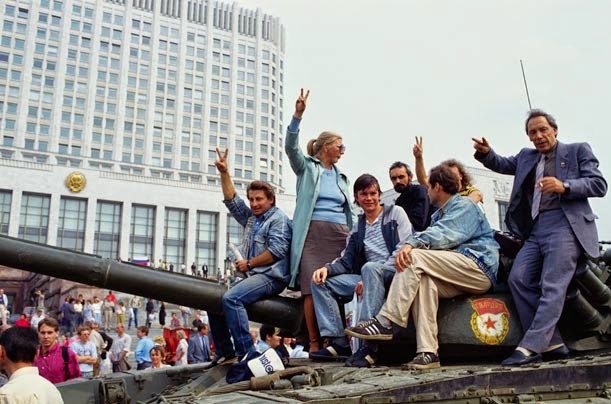 Failure of Resolve - Shepard Sherbell - Corbis - Source
Overall, taking into account the failures of internal security forces to defend the August 1991 coup forces from the pro-reform Russian public, we should expect to see more training exercises with the intent of quelling internal threats to the current administration, especially if economic conditions and the patriotic fervor continue to deteriorate.  The current difficulties faced by authorities in removing the memorial display dedicated to recently-murdered opposition figure Boris Nemtsov provide a reminder that the political opposition makes up for a lack of numbers with dedication and resolve.  President Putin knows this.

The Jamestown foundation produced a good write-up of the demographics.
Also, the Khodorkovsky-linked Institute for a Modern Russia went into the interior security structure in the context of Zaslon-2015.
Posted by Clay Moore at 2:38 PM