South Korea adds its own addition to the series of weapons announcements which have been prevalent among states throughout Asia, but the newest news from South Korea is a bit different. A South Korean research institute has announced the development of new technological achievements for their defense industrial base. 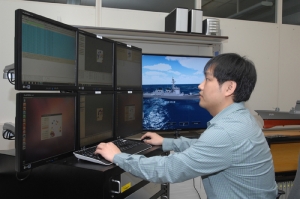 Additionally, the ETRI’s achievements are significant because they were able to develop them domestically. This is a positive development for South Korea. The communications middleware industry in 2012 is projected to gross over USD 9.25 billion. The South Korean defense industrial base is planning to replace their imported software and produce the military software domestically. It is estimated that by replacing the foreign technology from 2014 to 2019, the state will save KRW 240 billion.

The direct effect of this development on American industry is still unknown. Although communications middleware is crucial for military purposes, the market for the technology for civilian purposes is enormous. The technology is vital for high-tech goods like computers, cell phones, tablets, and data systems. The work of ETRI is a positive achievement for South Korean R&D, but the communications middleware industry is still overwhelmingly dominated by American companies. IBM was recently recognized as the industry’s leader in the development of middleware technology. Currently, the ETRI technology is being analyzed by the Object Management Group to verify if the software meets international standards.
Posted by Nat Sec End at 4:50 PM

Are you guys going to the MilSatCom event? That's a great forum for satellite communications discussions: technologies, projects, developments, and innovations