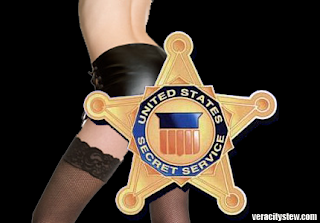 Dumb slips can have unforeseen consequences; as members of the Secret Service detail, sent as an advanced party to Columbia, are now learning. While being on a mission to provide security and analysis of the situation in Columbia, as well as providing a “safe” area for the president.

While the people involved in the scandal, and the prostitutes, were not directly involved with close-support of the president, they did have specific positions that could be compromised by the actions. This is on top of revealing information regarding the president's location to unknown people. There was a chance that these prostitutes could either be spies, or connected to organizations that were not happy with President Obama. 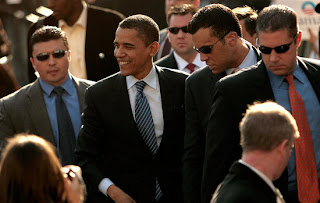 By taking such actions, not only did the agents provide information and possible blackmail material to enemies of the state, they also gave open access to unknown and un-vetted people inside the safe perimeter. There is the possibility, no matter how remote, that the prostitutes could have slipped something into the “safe” zone that could harm the president or a member of the diplomatic party.

There has been a lot of questions about disciplinary action taken, even as far as the head of the Secret Service Mark Sullivan to resign. While this seems like overkill, since Sullivan had no direct action or oversight into the agents' behavior; disciplinary action must be taken on the agents involved. By pulling such a stupid stunt, they jeopardized the stability and well-being of the nation. 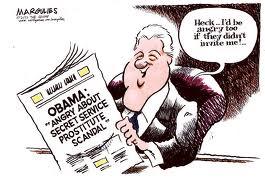 While this may not seem defense minded, the loss of a president would be staggering; not including the political loss of a presidential candidate so close to the elections. Any such action has the probability to strongly weaken America's resolve and ability to enact policy in the near future, leaving it open for aggressive movements by enemy organizations.

The importance of the President will always make him (or her) a target, because of the prestige and power that the position brings. If this person is not guarded, or is removed from the position forcefully and quickly, the repercussions will be felt around the world. While there are redundancies in place to ensure that America is not leaderless, a switch in leadership during crucial times can cause major changes in policy; as well as risking important political or defensive decisions being overlooked. In addition, the change in the power structure of the world would leave a momentary power gap that could lead others to try and capitalize on the confusion. 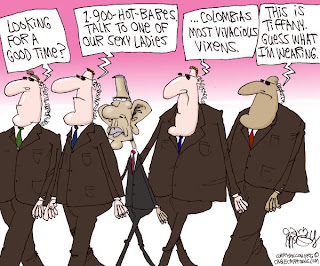 The importance of the security details of the Secret Service are once again thrust into the spotlight, and must be re-examined to ensure that the president is safe, for the security and stability of the nation. To this effect, the already strenuous testing and assignment procedures of the Secret Service must be changed or enhanced to ensure not only competent, but also sensible people are placed on the detail. In addition to this, send a senior agent with knowledge and power to supervise or “babysit” the people securing the area. Those protecting the president are supposed to be quite skilled and smart, but actions such as this reach of paternalism and patronage; something that should be removed from the position.