Reassessing Our Views of Mexico

A study was released this week that claimed Mexican immigration to the United States is actually decreasing for the first time since the Great Depression.  This not only has great potential political consequences, but also has the potential to illicit a reshaping of how American, and international, society views Mexico.  Many view Mexico as a weak state, and shape policies accordingly.  However, due to Mexico’s strength in several other aspects, Mexico is indeed a strong state with a severe security problem.  It’s health care systems, social welfare programs, rising middle class, and rising strength of the economy give credence to Mexico’s capacity and legitimacy, thus to call Mexico a weak state would be inappropriate.  Furthermore, although violence in Mexico in rampant, it typically only affects only those involved in drug trafficking, and not innocent civilians.  Thus, the security of the Mexican population as a whole is not being greatly threatened, only a certain group.  Therefore, the state of Mexico is actually a strong one, it just has a significant security problem that if not properly addressed, could propel Mexico into state weakness. 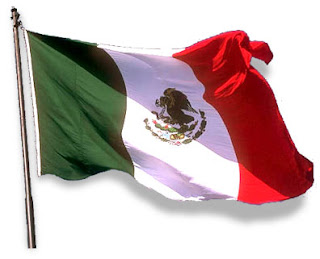 There is an obvious danger in attaching the weak state label to Mexico, since doing so prompts not only more rash decisions, but also a heavily military approach.  Due to the decentralization of power among Mexican cartels and the structure of the international cartel market, a war of attrition approach to containing crime within Mexico is ineffective.  Thus, as both the American and Mexican governments focus on ramping up military and police efforts (despite corruption in both forces) they are actually doing very little to address the foundational problems that are prolonging the existence of violence in Mexico.  If we deviate away from viewing Mexico as a weak state that needs fixing (by military means), more appropriate and specific policies can be created, such encouraging a cultural shift and building institutions.
Posted by Sharee at 4:21 PM