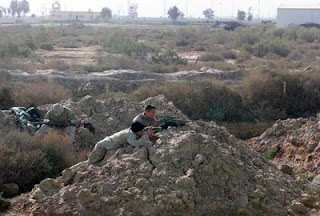 Let me begin by saying that the recent conviction of Army SPC Jeremy Morlock to 24 years in prison is certainly what he deserves for his role in the killing of innocent Afghan civilians while a part of the 5th Stryker Brigade’s deployment to Afghanistan in 2010. Rolling Stone Magazine provides a thorough account of the details involving several members of the platoon during their four month period of premeditated murder so I won’t go into it here and unfortunately there is very little to rebut in the article because it mostly comes from interviews the soldier’s gave. These soldiers abused the trust of their nation and that of the Afghans and theirs is a story of a failure of leadership from the top all the way down. For instance, the only enemy contacts made during the four month stretch came whenever the Platoon Leader was inside a local home or in a different vehicle and he never once questioned this coincidence. On a night patrol, an Afghan local continuously failed to respond to warning shots and was then mortally wounded. The fog of war certainly puts leadership in difficult situations and once made, you have to deal with the consequences. But under no terms is it acceptable to protect your own job and risk your subordinate’s careers by telling them that “we aren’t leaving until a weapon is found.”

This unit gave itself the name ‘Kill Team’ and in every sense of the name it certainly was. But it is not only unoriginal, it is a disgrace to the soldiers who serve as Small-Unit Kill Teams (SUKT) and gives them an undeserved negative connotation. These kill teams serve as a means to protect soldiers, convoys and Main Supply Routes as they rely on stealth and camouflage to provide overwatch for long periods of time. Their employment helped to turn the tide of the war in Iraq by taking out insurgent IED emplacement teams and taking the fight to the enemy in ways that had not been successful before. The SUKT consists of a sniper, spotter, RTO (radio man), and machine gunner for added firepower. The patience and dedication to such a mission requires that only the most trustworthy soldiers take part in it. Mention of the use of these teams in the public eye will surely draw condemnation but they are a necessary and vital part of military operations.

Capture/Kill Teams are very secretive by nature and have conducted numerous successful missions to eliminate deadly targets around the world. Unfortunately, the publicity these groups receive has overwhelmingly been negative as news of their operations usually only reaches the public when things go horribly wrong. And yes, they can go terribly wrong in complex environments. But these teams are also a necessary part of military operations.

The media has done, at times, a horrendous job in the last ten years in differentiating between these three groups. Some of this is attributed to ignorance of military terminology but that is a poor excuse for reporters who have obtained personal access to military units in combat for years now. The general public and some media may not care to know the difference, but the legitimate kill teams deserve better.

Posted by Operation Wrath of God at 8:26 PM