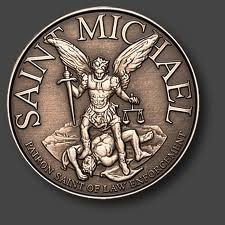 Using untapped resources serving in the Reserves
During a speech at the 39th IFPA-Fletcher Conference on National Security Strategy and Policy, the Commandant of the Marine Corps, Gen. Jim Amos, briefed that the service is considering standing up a law enforcement Reserve battalion. The intent is to create “on-call” units with specialized skills in police investigative skills drawing upon over eight years of experience gained from disbanding insurgent cells during deployments in Anbar province, Iraq.

Gen. Amos stated: “We were trying to find who the bomb makers were. We were trying to find who the people were funneling people in … across the borders and into Anbar province to cause trouble.” “We didn’t have the investigative kind of forensic skills sets in the Marine Corps to do that. Non-traditional fights against criminals and insurgents require a set of skills akin to those used by civilian officers fighting narcotics organizations in America’s largest cities… We went out to a major metropolitan police department and said, can you help us?” Amos said. “Can you bring in some skills sets to help us do some investigation, networking? The kind of stuff you are doing if you are dealing in counter narcotics investigations. Who’s the kingpin and how’s the network built?”

The Commandant continued to explain that receiving aid from private consultants like the Los Angeles Police Department proved to be a great success. Marine officials then recommended utilizing the Marine Corps Reserve.

Gen Amos again said, “We began to realize we have 39,600 reservists. Out of that, there are a lot of policemen, and there are a lot of cops that are investigators… Now we are building in this Marine Corps … a law enforcement battalion.”

He then put emphasis on the law enforcement battalion being different from a current military police battalion. It would be composed of civilian police officers and investigators currently serving in the Reserve.

It sounds like a great initiative to add a needed force-in-readiness to fight smarter in the current and future counterinsurgency conflicts, but it will be interesting to see if this attempt to reorganize and take advantage of “experience left untapped” will come to fruition after the DoD budget cuts and personnel draw-down are finalized.
Posted by SemperGumbi at 8:32 PM

The strong point Harput was part of both the Roman and Byzantine defensive systems. click here