It Isn't Over in Egypt 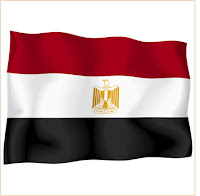 When the revolution in Egypt began, onlookers wished the process well, yet there were lingering concerns that it would not turn out as hoped. Even when the people—with the assistance of the military—ousted Mubarak, there was a concern that the Muslim Brotherhood would usurp the situation and exploit it for its own benefit. And once the Egyptian military’s involvement in the situation became known, it didn’t require a stretch of the imagination to envision an outcome in which the military indefinitely assumed power.

Egyptian civilians have realized the dangers to their revolution and are beginning to speak out. Critics of the military’s rule recognize few changes from the authoritarian policies of the past. People are returning to the streets to call for change. And the military is not helping its hand by reacting forcefully.

In spite of recent occurrences, there is hope for Egypt, however. One interesting paper recognizes that since the end of the Cold War, more military coups result in a transition to democracy than during it. Of course, this process took time. Perhaps Egyptians are being impatient. And understandably so: after decades of authoritarian rule, they are eager for something new, something they aren’t seeing from the interim military government.

For policymakers in the U.S., the important issue is how this will turn out for U.S. national interests. Of course, concerns remain regarding the state’s relationship with the West and its allies. Assurances made by military leaders to abide by regional and international treaties are helpful, but whether they endure after a future transfer of power from the military to civilian leaders is yet to be determined. Hopefully, this policy will carry on to the next regime.

It will be interesting to see how events in Egypt turn out. Because of all the remaining unkonwns, the situation is still tenuous. Of course, democracy is the preferred end result. In the process, the balance between patience and desire for action will be difficult to determine. Who is to say when the country will be ready for the transition? Egypt’s best bet is to recognize that the transition normally takes time, yet keep their Facebook and Twitter pages active.