If "Afghanistan" is in the Headline, Expect More Bad News 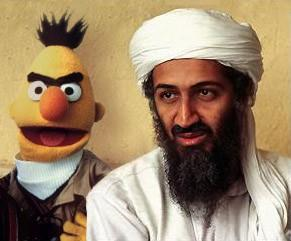 "Eight American service members and a contractor were shot and killed by an Afghan military officer on Wednesday while they attended a meeting of foreign and Afghan officers on the military side of Kabul International Airport, according to statements from Afghan and NATO spokesmen."

Here is another lovely problem with the war in Afghanistan that has no solution. With the beginning of US troop withdrawal just months away, now is not the time for there to be another shooting of coalition forces by an Afghan soldier. Taliban spokesman Zabiullah Mujahid was quick to say that the Taliban had orchestrated the attack, something that Afghan officials have been just as quick to deny. On the one hand, the Taliban are willing to claim responsibility for anything that disrupts the war effort. Doing so provides them with a modicum of psychological leverage in the war of ideas. On the other hand, it is unlikely for the Afghan government to willingly advertise to the world that its military is ridden with armed insurgents.

Whether or not the shooter in this (or any other) case was Taliban is mostly irrelevant. From Tony Corn's article in Small Wars Journal, we already know that the Afghanistan government is as corrupt as a stack of Richard Nixons (the recent jailbreak in Kandahar is a great example of such grandiose lawlessness... in all seriousness, Afghanistan needs a Batman).

Like I stated above, there is no real solution to this. We can't disarm Afghan soldiers when they're in the presence of Americans. Despite background checks and interviews, there's no foolproof way to keep dedicated insurgents or mentally unstable soldiers out of the Afghan military. Maybe these attacks will lessen when forces begin to leave the country. Maybe not.

In a barely related story, this guy argues in the Huffington Post that the Obama administration has "quietly instructed the CIA to intensify its efforts to hunt down, capture, or kill Osama bin Laden." The author insists that as soon as the US is out of Afghanistan, the Taliban will invite their "guest" back to the country so that everyone can realize that the past ten years have been for nothing. Now THAT would be a depressing headline.

(For the record, I'm pretty sure this is a doctored photo... I don't think Bert has have ever been in the same room as bin Laden)

---UPDATE---
So Osama is dead and buried at sea. This is a very big deal and also not. The assassination of bin Laden has resulted in a big sigh of relief for everyone who thought he was going to die of old age, but at the same time few have predicted that his death will bring about the end of the war more quickly, or that the enemy will suffer from a lack of morale. Like we always say, the enemy has a vote in war. At this time, there's no telling how al-Qaeda and its allies will react to bin Laden's death. The world will have to wait and see.

In the meantime, isn't it gratifying to know that at this very moment he's likely being picked apart by crabs?
Posted by Inigo Montoya at 10:06 PM