Where is the next big thing? The US in Yemen, Libya, and Syria

With the ever widening scope of the war on terror, the recent announcement that the U.S. officially had boots on the ground in Yemen shouldn't come as much of a surprise. Though the soldiers there are only in "supporting roles" at a "fixed location"  providing"intelligence and surveillance" it is most important to note that this is as much of a commitment as anything. The rise of ISIS has seen the U.S. began to spread it's best resources in an effort to stem the spread of the cancerous caliphate, but ISIS isn't the only threat out there. The Yemen mission is primarily focused on combating Al-Qaeda elements entrenched in the country, this is likely more than what it appears to be at first glance. 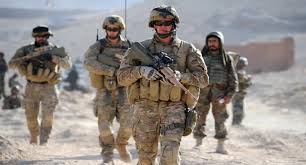 The spread of the US special operations forces is perceivable as a foothold for the U.S. military to be involved in the various conflicts that it has stake in under the guise of the war on terror. This is becoming a trend in Syria, as the U.S. recently expanded its special operations troop numbers in an attempt to "support" the rebels fight against ISIS. However, this is just as much an attempt to keep close intelligence on the conflict itself and making sure that they have the ability to get up to speed very quickly should the need arise. Intelligence on the conflict will help to keep the U.S. at a ready state should the need to intervene arise.

The war on terror just happens to make a convenient front in a region where terror organizations have permeated the map, giving the U.S. ample excuse to get itself involved in as many locations that it sees fit.This trend will likely expand as ISIS grows, and give the US reasons to chase it into regions and conflicts it would otherwise have no business poking it's nose into.
Posted by LeroyJenkins at 10:44 PM