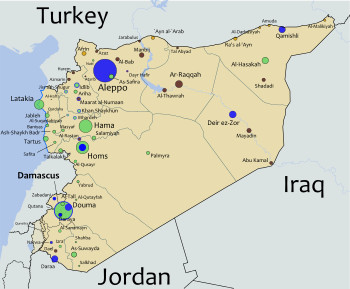 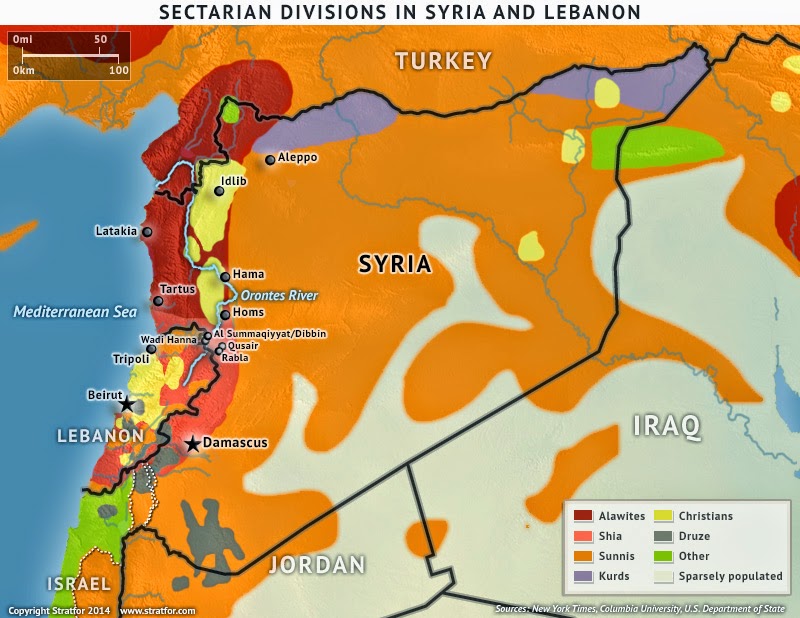 Started in March 2011 as a Civil War between Alawite (mystical followers of Shia Islam) government and Sunni-dominated rebel groups, the Syrian conflict/uprising/war has already taken away the lives of over 140,000 Syrians. This number is tending to rise further. The UN has given up collecting the death toll since July 2013, while the Syrian Government did even earlier, in 2012. The statistics are continuously gathered by Human Rights Observers.

Medical professional by education, President Bashar al-Assad has been in power since 2000, and, has been exercising authoritarian regime as his predecessor, father. Religiously fragmented, almost 23-million population of Syria has been seeking freedom from Mr. Bashar's regime and furiously attacking its Government for over three devastating years now. Besides inability to prevent escalation of the military situation in own country, Mr. Bashar has been playing geopolitical cards to turn the uprising into the Civil War, and now - into a proxy one. In 2013, President's Administration was accused of using chemical weapons against own citizens in Ghouta (agricultural belt around Damascus) killing over 1,400 people. To reject the facts, the President accepted third party (led by the U.S.) demands of destroying chemical arsenals.

Today, the conflict has its spills all over the region: Turkey, Lebanon, Israel, Jordan, and Iraq. But, besides the neighbors, Syrian war constantly reminds of itself in southern countries of the former-Soviet Union space: Armenia, Azerbaijan, Uzbekistan, Tajikistan, Kazakhstan, and Kyrgyzstan. The latter club has been raising the concern through official and media channels, fearing radicalization of moderate Islam via foreign-recruited local young men. While the involved states experience domestic challenges within their political, economic, and social sectors anyway; they also have to "deal" with the new wave of problems, such as refugees and radicalization of Islam. If the numbers of refugees, or externally displaced people, are being accounted (reaching 2.5 million by 2014); the toll for recruited young men from Central Asian states has not been updated (varying between 200-1000). Having got no historical experience of dealing with religious extremism, the post-Soviet states have not been successful in protecting own citizens from falling into the religious threat. At the same time, economically vulnerable parts of the Central Asian population, especially youth under 35 years of age, are being misled by religious groups of fighters for "freedom from dictators" like Assad. In addition, besides just being trained to, eventually, fight in the Syrian war, these religiously brain-washed boys are to return their homes which might escale wider regional insecurity.

While President al-Assad is seeking for winning points in his domestic and foreign politics, millions of Syrians and non-Syrians are affected by the conflict (deprived of basic needs and rights). And, to the question, "Who wins?" one wants to hear an obvious response stating that everyone involved loses. However, the Syrian realpolitik still remains being unexplained by any party now engaged. Also, some parties (especially, the Western) have already given up in believing the chaos might be stopped by external forces, unless there is an internal political will. Finally, the world's focus has had to shift to a "higher" new priority - Ukraine in 2014; therefore, religious extremism concerns are to be faced and, hopefully, tackled by the affected countries themselves.